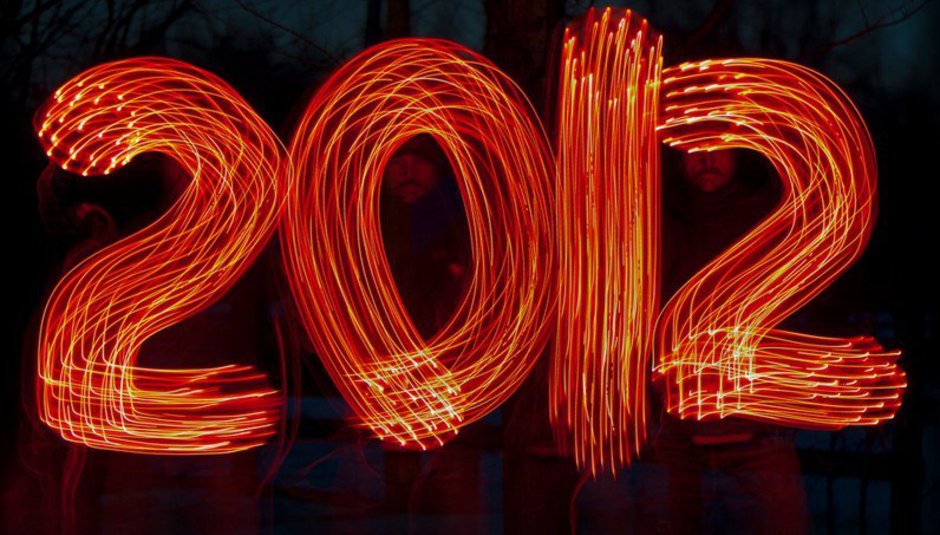 Earlier this year, Eliot Van Buskirk of the terrific tech-meets-music-blog Evolver.fm interviewed DiS' editor about the changing shape of music consumption, sharing and discovery on the web (Part 2). One thing led to another, and over the coming months we'll be presenting some guest posts from Evolver, to keep you informed about all things internet, music, apps and technology. To kick things off, we present Eliot's half-year round-up...

Maybe it's true, what they say, that everything is moving faster these days. How else to explain that we're already halfway through the year? Inspired by our pals at the music reviews site Drowned In Sound, who put together a helpful list of the six best debut albums of 2012, we decided to take stock of what has happened in digital music so far this year.

Which developments will we look back on fondly as having changed the world for music fans, bands, and the industry, as we consider the first half of 2012? To find out, we studied our server logs to distill the most popular stories from Evolver.fm, added a heady mix of interwebs research, melted the whole mess down into a mineral-rich slurry of digital music news, and poured it into the following modules to cool.

Here they are, The Most Important Digital Music News Stories of the First Half of 2012. As luck would have it, there are 12:

Tracks Up, Albums Down

Let's start with the big numbers. The short story: digital sales are on course to break another sales record. According to Reuters' report on Neilsen Soundscan figures, "U.S. album sales for the first half of 2012 slumped after seeing growth last year, while digital track sales rose... At mid-year 2012, album sales were down 3 percent from 2011 at 150.5 million units sold over the last six months. Digital song sales, however, notched a 6 percent rise with 698 million tracks downloaded since January. Overall music figures for physical and digital album and single sales showed a 4 percent increase, with 853.2 million sold so far in 2012.

'While retail sales continue to face challenges related to broader market trends, digital sales gains are expected to achieve another record-breaking year," said David Bakula, senior vice president of client development at Nielsen, in a statement. 'The strength in other monetized digital formats, including music streaming services, is equally encouraging.'"

No sooner did the the masses learn how to buy an iPod and transfer songs onto it, than the industry began to shift to streaming music from the cloud. Whether from YouTube, Spotify, Pandora, iHeartRadio, Last.fm, Sirius XM, SoundCloud, an online storage locker, or any of the legions of apps that run on top of those services and/or integrate with Facebook, the world began streaming in a serious way this year.

Some saw this as a sign that the world was coming to an end, yet again. Others saw it as proof that the music industry and the internet can coexist if not in total harmony, than at least relatively peaceably. Last November, Facebook unveiled its game-changing music strategy, through which it would allow people to "scrobble" (Last.fm's term for this) their music plays in a variety of applications to their profile page's Music section, as well as the real-time news ticker on the right side of the page. This encouraged many services to start authenticating users with Facebook, so that these sharing features could be built right in. That in turn led to a lot more listening, and awareness about that music listening. As one might suspect, usage of Facebook-integrated music services soared in the first half of 2012.

In the same way that Spotify is an app that runs within Facebook, several other apps run within the desktop version of Spotify. People listened to a lot of music in these apps, and every time they did, the labels were paid. Everything from magazines to fast-food chains is making these apps now, with many more to come, and Rdio is working on a similar strategy. We wouldn't be surprised if Rhapsody and MOG were too.

People Bought Things And Were Confused

Many of the most popular stories on Evolver.fm had to do with stuff like what to do if you don't know what to do -- or if a supposedly safe upgrade for your phone ends up wreaking havoc on the core of your very being.

For years now, Apple has been building an ecosystem around AirPlay, a wireless technology for sending music and other essentials to home entertainment devices. Not only were music fans incredibly interested in AirPlay speaker systems, but Android users made have made "android airplay" and "airplay android" the top search terms to Evolver.fm for the year so far.

Also, Google tried to catch up with the Nexus Q, but was it "too little too late"?

Not only did long-suffering funnyman Louis CK demonstrate how to create and produce a television show while maintaining total creative control, but made millions selling a DRM-free video on the internet and defeated ticketing fees and scalpers for good measure. Everyone in music should probably be watching this man's every move.

One Company Blew Out In Spectacular Fashion

Granted, Beyond Oblivion fired its employees and closed up over the holiday break at the end of 2011, but the aftermath continues to linger even now.

"Say you’re a big fan of Sleigh Bells (the band, not the wintertime equine accessory). Wouldn't you want to listen to whatever Derek Miller and Alexis Krauss rocked on their iPods last week?"

They Also Care About Sound Quality

"The kids have tin ears! Nobody appreciates deep bass, crisp treble, or faithful mids! Get off my lawn and take that fixed-gear velocipod with you!"

Not so fast, old-timer. Judging by our data, the kids and everyone else actually do care about sound quality, even if they occasionally listen to music on fairly shoddy equipment.

Tomahawk Finally Got Some Attention

When we wrote an article with the following title, we had no idea how many people would read it. 2012 is the year Tomahawk, the cross-platform music-sharing and playing platform, became ready for the mainstream. As it turns out, plenty of people ended up talking about Tomahawk.

Bonus: An Editor Got Something Stuck In His Ear

Chalk it up to morbid curiosity, the rubbernecking urge, or downright fear, but plenty of people wanted to read the sad tale of one man's trip to the emergency room to extract an earbud that had lodged there. It's a hazard of the job.

For more digital music news during the latter half of the year and beyond, follow @evolverfm.