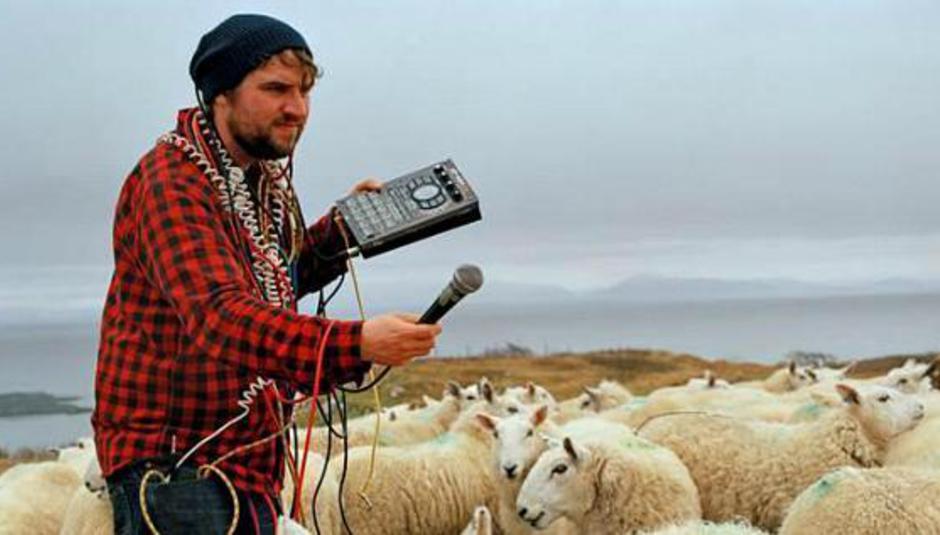 Hope you’re well. I’m fine. Look, i’ve got some new music for you.

Last year, I relocated from my flat in Cellardyke, in the East Neuk O’ Fife, to the remote Hebridean isle of Eigg, and spent most of my days writing songs up in a caravan. It’s very tranquil, up here. In January, I invited my pal Sweet Baboo - Welsh singer-songwriter, and all-round musical guru - to come across to the island and help produce some new Pictish Trail recordings. It went very very well, thank you for asking - and the resulting album Secret Soundz Vol.2, will be released on Fence Records later in the year. H’aye, h’aye.

To kick things off, though, i’ve got an E.P. ready. It’s called The Summer Is Empty Of Idiots EP, and it’s got four songs on it. Oh, and a remix too. Lead track, and current single, ‘Michael Rocket’, is quite an odd wee one. It’s a floaty bubble of a song, swimming in chorus effects, reverb and weird delays. Listen closely, and you might spot a wee cameo by my pal King Creosote. The accompanying video - directed by Forest of Black, and due to premiere on Friday 6th July - captures the day-glo colours of the song through ultra-violet light. Dreamy. The song was recorded with Sweet Baboo at the controls, and will also feature on the album. Baboo has also done a “redux” version of the song, which features on the vinyl.

The other tracks on the EP are recordings i did myself, up in the caravan. You can almost hear the sea. Or is that just the kettle? One of them is a recorded version of a live favourite, another is a glam-rock stomp, and the last one is just 30 seconds long.

The E.P. is the first release in the new 3-part series from Fence Records, entitled BUFF TRACKS. If you subscribe to the entire series, you receive all three EP’s by different Fence artists over the next 6 months, as well as access to some special offers on upcoming gigs, and other releases. Oooh. So, what is coming up in the Trail calendar? Well, following the success of Eye O’ the Dug, I’m currently putting the finishing touches on our next Fence festival - THE AWAY GAME. I organised our first Away Game back in 2010 on the island of Eigg, and this is our second time doing it. It’s all taking place over the 20th-22nd July, back on Eigg. Yup, I love it here - can you tell? Even though tickets have COMPLETELY SOLD OUT, the line-up is a BIG SECRET at the moment, jam-packed with special guests. ... but I can reveal that i’ll be headlining the Friday night. One of the perks of booking your own festival, eh?

I’ve also got a bunch of other great live shows over the summer. I’ve put together a full band, featuring members of Eagleowl and The Fence Collective, and i’m paying them I’m gonna be launching the EP with a show in Edinburgh on the 11th August - details on that gig, and others, below..."
The Pictish Trail, July 2012

Well, let's let a secret of the bag, the Away Game festival line-up looks like this:

Sadly, if you want a ticket it's sold out. However DiS is sending one of our henchmen to cover it, so expect a full review of the festivities in the near future.

The Pictish Trail The Summer Is Empty Of Idiots E.P. will be on 7” vinyl at 33rpm, w/ download codes and released on 13th August 2012. And here's an exclusive video clip for the song 'Michael Rocket'