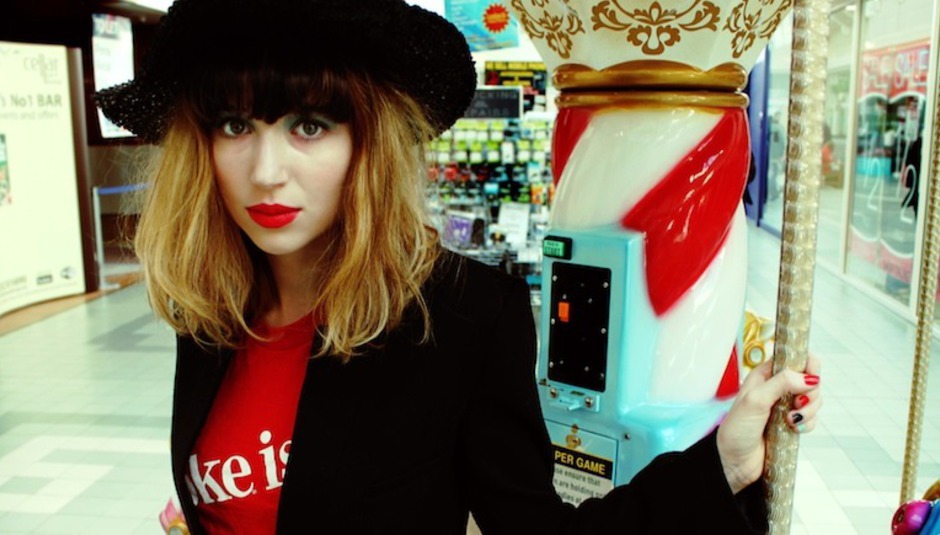 This weekend, the annual Camden Crawl festival takes place in Camden Town, North London. There are over 250 acts playing the festival, which is pretty darn overwhelming, so we've handpicked five you should do your best to catch... oh, and don't forget DiS will be hosting The Black Cap on Sunday night, with our editor (and possibly some special guests) DJing into the early hours of Bank Holiday Monday.

She's made one of the most fascinating horror-shop, weird-pop, odd-rock debut albums for quite some time. Taking a little bit of the Kills and Polly Harvey's guitar grrrr and sprinkling it with spit and fairy-suss before blasting it with lightning forks, Hannah Clarke (pictured) and her tales of hell in the suburbs, has managed to make many a DiSser's albums of the year so far list. This will be her first time playing The Crawl, although when we chatted to her recently we did discover she's played at the event before, singing backing vocals for brit-rock legends Reuben.

Bedroom-pop has perhaps become so prevalent these days, that it's just known as 'pop'. There's something heavenly about NZCA/Lines electronic take on rhythm & blues, that seems to dip somewhere between the Beatles at their kookiest and those tender moments of The Streets. Basically, if you're a fan of Phoenix and you're not dancing like a loon when 'Okinawa Channels' swoops to its crescendo, then you're probably a big fat liar.

With their optional exclamation mark, these chaps from Sheffield have been quietly blowing up, with daytime Radio1 support and an endless string of superlative filled reviews. You may recognise their singer from a past life, and if you do, you'll know he's one of the finest frontman of our generation. If you don't know Liam Creamer, beware, he's a man who is just as likely to swing from a chandelier while swigging your mates drink, as he is to sing so sweetly that your knees quiver.

Occasionally a band takes influence from the Cocteau Twins and creates something that makes your whole world feel widescreen, but tinged with a life-affirming sadness. These dreamy, swirly, super-lush tear-duct bothering songs are all that, and a little bit more.

We gave his new record 10/10 last week, and we booked him for Great Escape last year (although he didn't turn up), so we think you know that we like him and his deepsea-electronica-often-misfiled-as-dubstep.

We've created a playlist featuring various other acts playing the festival for your listening pleasure...