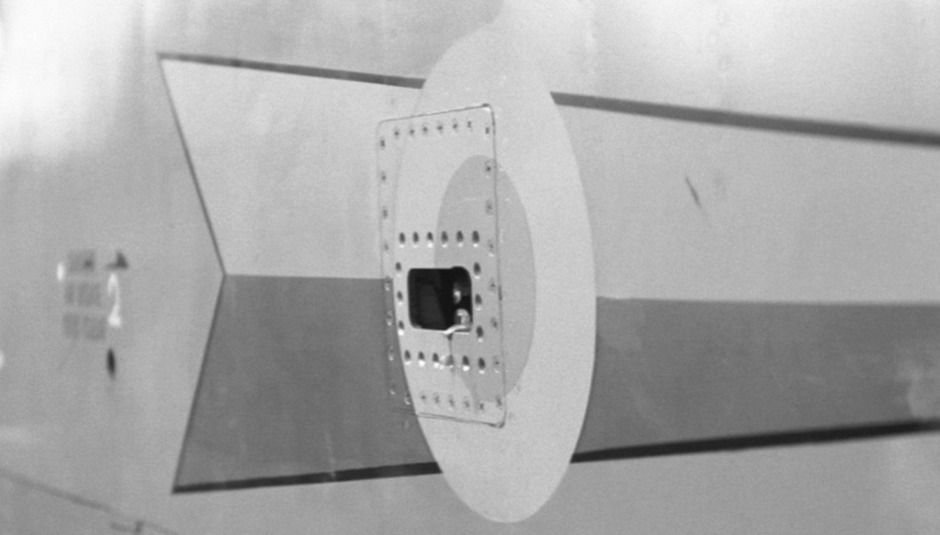 Another DiS exclusive for you... Erased Tapes Records have provided us with a full stream of Chapter Two: Konstellation Neu the new album by The British Expeditionary Force, plus a track-by-track guide to the album by the band.

The album was released yesterday, and you can pick up a copy from the Erased Tapes store. We're looking forward to seeing their first show of the album at the DiS vs Erased Tapes night at this year's Great Escape festival in May with Nils Frahm and A Winged Victory For the Sullen. RSVP on Facebook to be kept up-to-date with info about that.

...and here is a track by track guide to the album by Aid Burrows the singer in the group.

This was a great track way before I did anything to it, one of my favourites, probably part of why I did the video for it. I just wanted the voice to be another instrument in the fluid calm, hence the mantras. The ocean is a never tiring metaphor for me anyway, the enormity of something so serene under much of the surface but could be raging up top.

When all of this is done

A hangover song, the morning after, the consequences of the night before having tracked their way back as a sort of headsplitting echo. The piecing back together of a previous night, the sort of night undoubtedly peppered with wanting to connect with as many people as possible, manifesting itself in all kinds of sordid and unguarded ways, the most emotional, longlasting and most likely destructive of which is a flurry of personally revealing, 'secret leaking' inappropriate and ill advised texting to both common and rare areas of your contact list.... Who hasn't been there?

This one has an oppressive tone to me, a persistant fog, but with the sharpness and angles of an oncoming migraine. In other words, a grey day, that's where the 'rainy days that you've saved up' and 'force the smoke into shape', 'black and whites from grey' 'right as rain', it's all grey. It's trying to get off the starting blocks and the sense that you have to get on and get inspired, it's the struggle and battle of the familiar, the everyday. The desire to insert a flash into an otherwise featureless sky. So it's about the pursuit of change against monotony, that's the contrast here, the reduction of the quotidian 'no miracles just cogs and chemicals', against the lust of the quixotic, to just move and renew, put the past behind. That's the spending of rainy days and the shedding of possessions that goes along with the 'multi-storey' and the 'self storage'.

A shattered piece of late night piano from Justin. So I took the shattered situation of an earthquake as the backdrop. Around the time there were reports of a few power outs striking Europe, so I wanted to put that in, the darkened towns. Emotionally it's charged with the candles, the darkness and the togetherness but causes a romantic misreading 'the wrong conclusions'. Simple but interesting what a change a shift in context can bring.

Everyone wishes to be liked, even adored, although when that wish comes true you might realise what first seemed like a simple desire is in fact conditional. Like a mischievous genie having granted you the wish in irony. Under those certain conditions suddenly you don't like the attention or the height from the pedestal.

The Orwellian malevolent angle of an oppressive ever watching presence, restrictive and judgmental. So it's with that I then draw the comparison of the voyeur as CCTV surveillance, the robust unflinching unblinking lens, the field of view, the 360 degrees. The vocoder helps to establish a sort of robotic commitment to the cause.

This is another little venture into the random, hence the gambling theme. I like how the betting establishments have to give odds for what none of us can know for sure. Their livelihood depends on it so you might expect if anyone could be capable of insight into confusion then that might be a good place to turn for cues.

The other imagery is another extension on konstellation neu that the streets are ready to blow, with the carefree hedonism of playing children out later than they should.

It's that sense that somethings about to dramatically change, so i wanted to use a phrase that i've felt very evocative for a long time which was in the title of Charles MacKay's book 'Madness of crowds', that an individual is smart but the masses much less capable of mental mobility. I didn't use that phrase in the end but I did convert it to something more suitable for the mark of uncertainty I was trying to shoot at in the line..

Crack in the Clouds

A bit of cold staring digital rolling determination. A bit 2 toned, so it seemed logical to be a sort of crack in the clouds when the drums at the end come in. So the first half is all about monotony and a lack of substance and fine details. Possibly stating the obvious yet again the breadth and wealth of an emotional experience is an antidote so you can re-calibrate yourself among people and those you love.

That tension explored in 'end music' is what this one is all about having had the release, that losing yourself to be forever changed in the eyes of whoever witnesses the outburst. Whether that be imagined or real. Sexual or not.

Feeling all a bit sordid and exposed by the display. It extends then into a difficulty with intimacy and therefore beauty I suppose for the kind of buttoned up and ready to blow type.

This has the potential to sound very depressing but the origin of the lyrics in this one is a slight extension on the diagnosis of one of my nans slip into Alzheimer's following a stroke. It was written down on a little piece of paper from the psychological evaluation, 'pleasantly confused, not oriented to time, place and person'.

'irons in fires' and 'fingers in pies' fit very nicely and happen to rhyme nicely for aesthetics too. Juggling too much causes confusion and swapping the idioms over although similar in concepts illustrates another nice couple of idioms for confusion, especially how getting burned for indelible lesson learning is yet another idiom with the 'fingers in fire'.

It's sort of a comical idea though, 'irons in pies' I thought it was pretty funny at least. Seeing how the track has a cool determination about it I thought i'd celebrate that with the conclusion that to at least give it a go and risk getting burned is noble and courageous. So it's all a bit of a salute really.

Chapter Two: Konstellation Neu is out now on Erased Tapes. To keep up-to-date with the band add their page on Facebook.