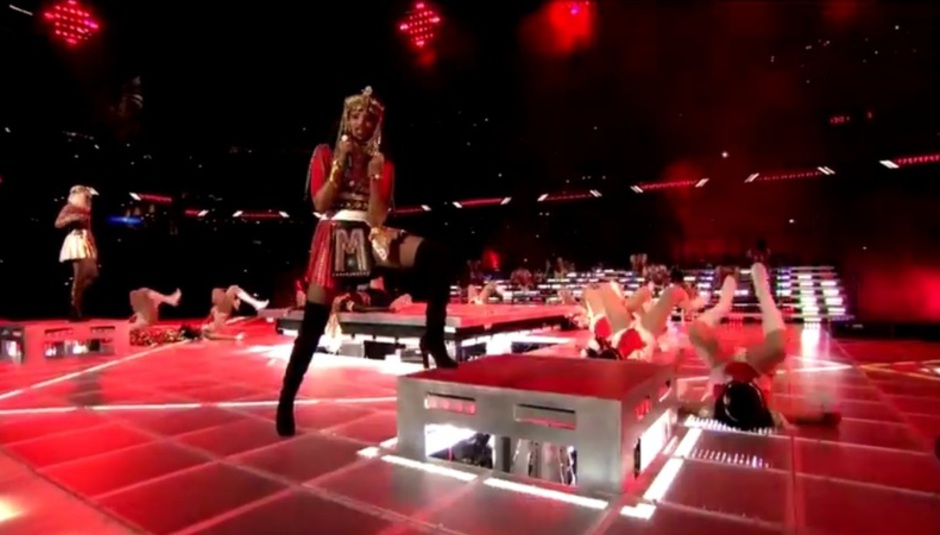 Last night the Super Bowl happened. The Giants won, so well done to them. As always, there's a lot of half-time entertainment and this year it was up to people like Madonna and M.I.A. to provide it. Unfortunately - as with Janet Jackson' weird star-shaped nipple a few years ago - there was some "controversy".

This was largely limited to M.I.A. sticking her middle finger up to the camera during her performance. Host broadcaster NBC has since apologised (or "apologized") over the gesture.

"We apologize for the inappropriate gesture that aired during half-time. It was a spontaneous gesture that our delay system caught late," said spokesman Christopher McCloskey.

Below you can watch the entire event (not the whole game, just the finger) via YouTube. You can also see a gif of it here. We do warn you, though, it is not really that exciting. You can barely see it. Look closely...