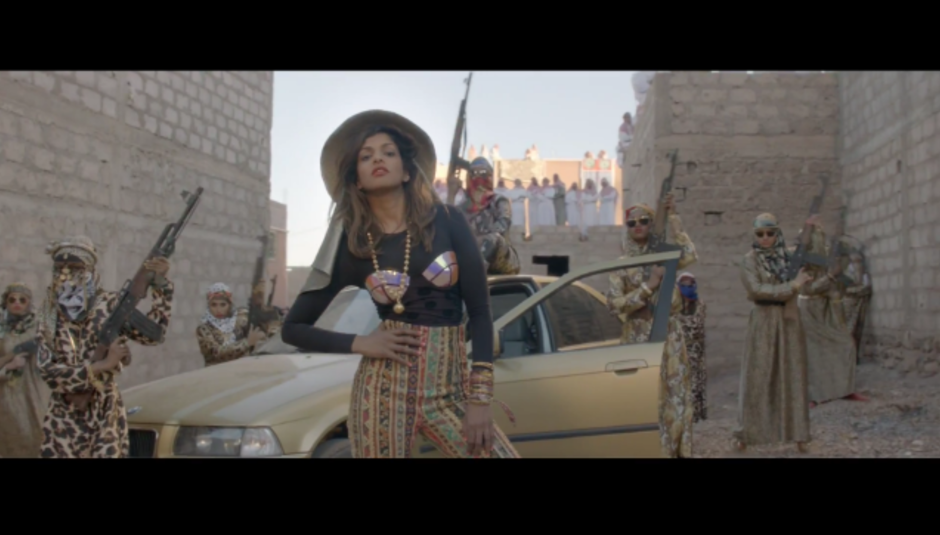 A new track from M.I.A. surfaced earlier this week. Called 'Bad Girls' it's taken from her Vicki Leekx mixtape. Now, as is often the case, there's a video for the single, directed by Romain Gavras (who worked with her on 'Born Free') and filmed in Morocco. It was premiered over on Noisey - VICE's new music channel on YouTube but you can also watch it below.

Never short of a few words herself, here's what M.I.A. had to say about the video for 'Bad Girls':

"It was dope to have so many people from so many different backgrounds speaking so many different languages come together to create something that we believed in. I thought I was gonna die on the shoot when I saw the drifting. It was a four day shoot so everyone was on edge the whole time specifically ME when I had to do bluesteel singing to the camera while the cars did doughnuts on the wet road ten feet away. In my mind I was thinking how I was gonna deliver the video to Vice with no legs."