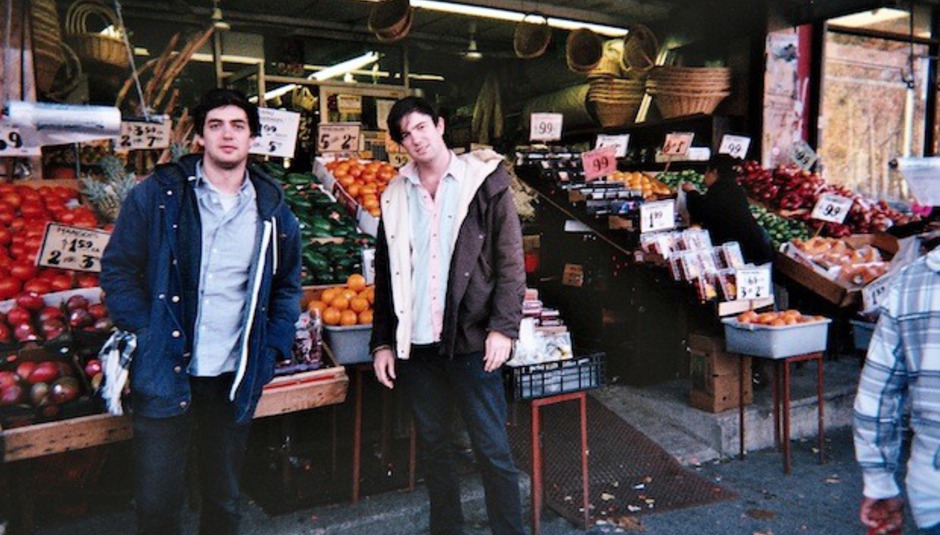 Their music swoops, scratches, simmers and soars. And their debut album is due in February.

It's been a bit of a wait for the debut LP by Sam Haar and Zach Steinman, collectively known under the google-brings-up-lots-of-nude-ladies Blondes moniker. I say a long wait but only because their debut EP (Touched released in 2010 via Merok) was a thing of wonder and more music couldn't come soon enough. What they do is woozy but uplifting. Psychedelic but haunting. Droning but desk-dance-friendly, sort of like minimal-house or trance-adelia or what I've been calling 'sigh-fi'. The experimentation at the ambient end of dance breeds contrasts that are subtle but make for something special that you can't quite pin down - it's this distorted dragon chasing that lured me in, time and time again, until their whateveryouwannacallit lushness had me hooked and hyped (as they say on th' streets of suburbia) for an album proper.

Throughout 2011 the Brooklyn based duo teased out a series of 12" singles on the New York label RVNG Intl., all of which - unsurprisingly - show up on their debut album, via the same label. They've also slung together a second CD of remixes by an enviable list of awesome sorts. RVNG Intl. will release Blondes (it's self-titled) digitally and as a double-CD on February 7th, 2012.

And here's the tracklisting: