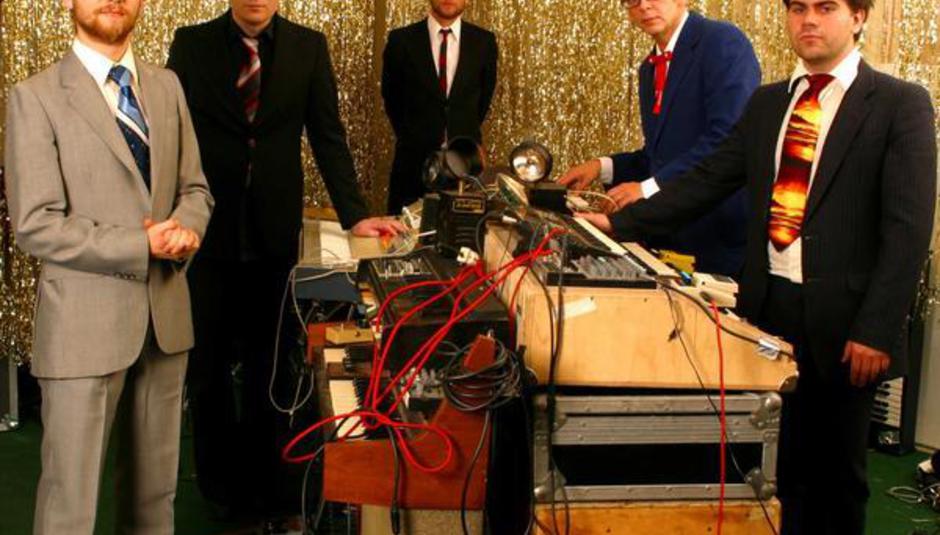 All next week we'll have a bunch of articles running from Icelandic instrumentalists Apparat Organ Quartet, which consists of several of Iceland's best known musicians - Jóhann Jóhannsson, Hörður Bragason, Músikvatur and Úlfur Eldjárn. Those articles kick off a very new and very interesting series called Planet Gear where, yep, the musicians take us through their equipment.

As a bit of a preview, or vague link-in with that series we've got a stream of an AOQ remix. The track in question is 'Konami' for which Wendy Roby had this to say about it:

"If you like the sort of pop music that sounds like it was made by robots on the blob who have just burst into tears because they saw a bit of war on the news then ‘Apparat Organ Quartet’ is definitely for you."

It's a Dreamtrak Diamond Sound remix, so is a good one, obviously. Have a listen to it below.

The band's new record, Polyfonia, was released on Monday, November 14, through Crunchy Frog. Keep an eye here for those Planet Gear features, too.