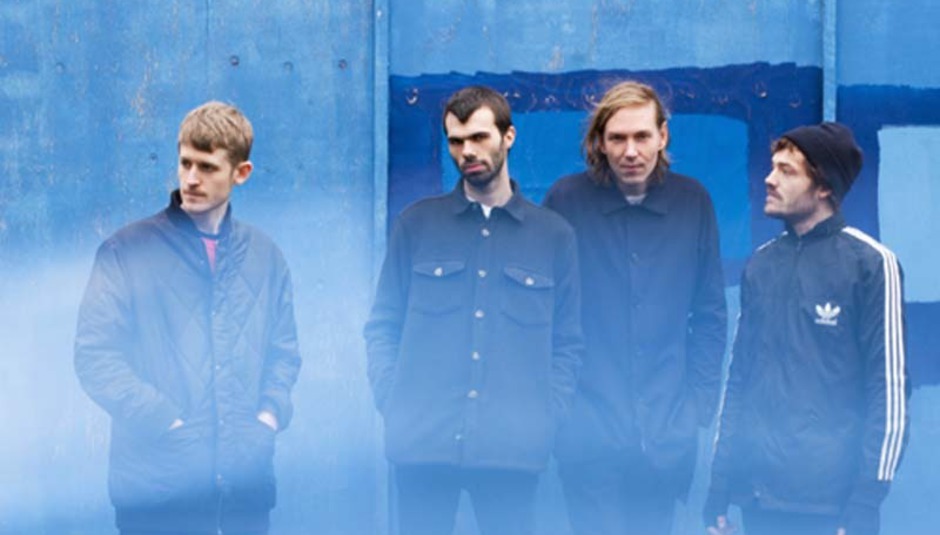 Danish lot When Saints Go Machine released the stunning Konkylie earlier this year (read our review here) and on November 14 they will release a single from the record, 'Parix'. Obviously you'll have to pay for that, but if you want a slice of free 'Parix' then you're in luck today as the band have a reworking by fellow Dane Taragana Pyjarama up for downloading.

You can do so on their SoundCloud. Unfortunately it doesn't appear to be embeddable so you're just going to have to imagine what a nice, sleek SoundCloud player would look like in this article. It's not hard. The remix itself is very wobbly, much like the record, and a little bit squelchy too.

Here's what the band say about this particular song:

"This song started out as a bad dream and ended up like a weightless merry go round For some time we didn’t know in what direction the song was heading but when I finished the verse parts we all felt like this was exactly how it was supposed to sound. Actually the words for this song are the last ones written for the album."

There will, no doubt, be more remixes from When Saints Go Machine, following on from the previous ones by Nicolas Jaar, Shlohmo and FCAN.

New Gonjasufi mini-album out in January