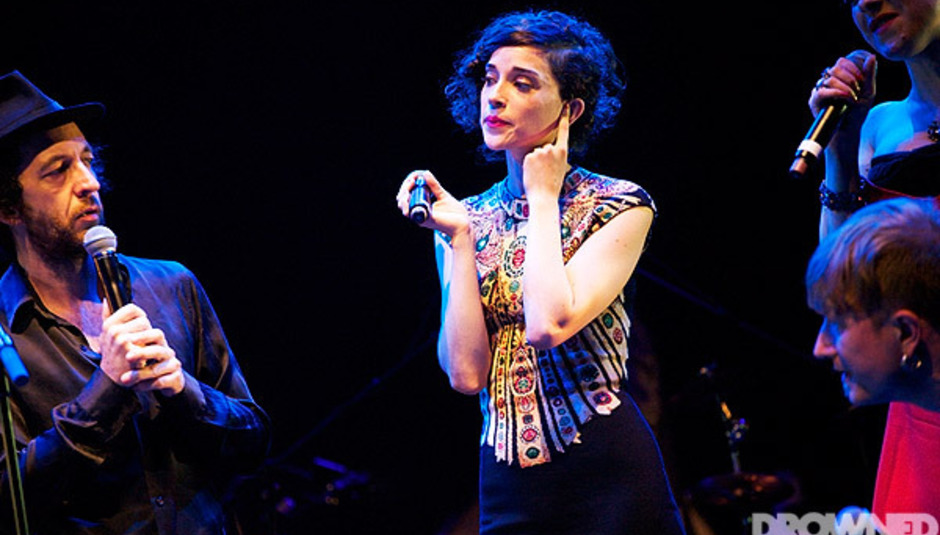 St. Vincent, aka Annie Clark, aka the utterly brilliant Queen of DiS' collective heart whose third album Strange Mercy (Out 12th September via 4AD) is a very very strong contender for DiS' album of the year 2011, has confirmed a run of dates in the UK and Europe in November-December.

DiS will have a special week of content to coincide with the release of Strange Mercy, including a fascinating chat with Annie about the new record, the banking crisis, her guitar sound, literature, how Marilyn Monroe inspired a lyric and everso much more. There's also a cover feature with her in the latest issues of Spin and Under the Radar (which is a great mag, run by US friends of DiS if you've never read it), which are well worth tracking down.

For ticket links, a free download and more, visit http://strangemercy.com.