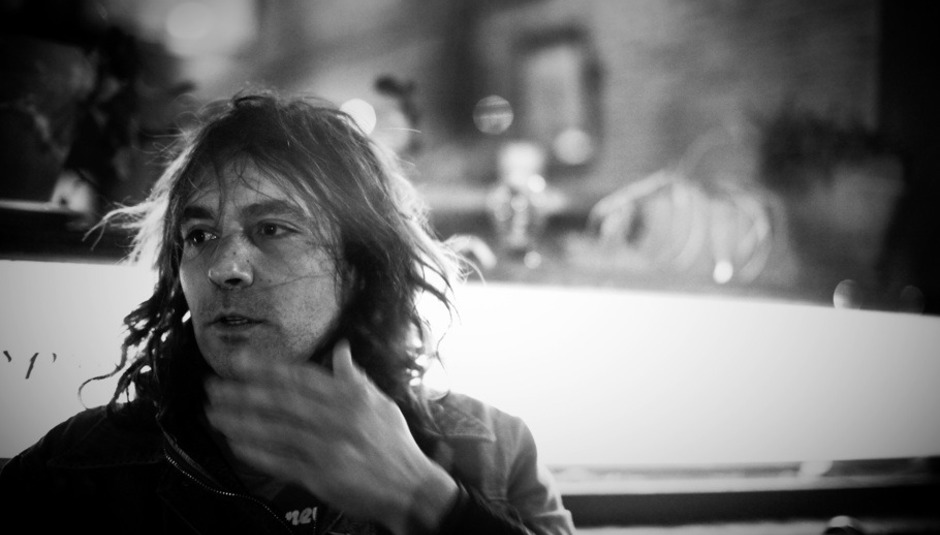 As much as we hate to think about the end of the summer, the nights drawing in does mean one good thing: more DiS gigs are on the horizon.

The first of these sees us return to our spiritual Sheffield home, The Harley, where Philadelphia’s The War On Drugs will play one of a tiny handful of UK shows.

On 15th September, a set full of alt-rock soaked in ambient grooves is promised as Adam Granduciel and co. promote their second album, Slave Ambient . Here’s what DiSer Aaron Lavery had to say about the new release:

“Without big hooks to drag you in, Slave Ambient can seem to pass you by, save from the harmonica-fuelled immediacy of lead off track ‘Baby Missiles’. However, given time and attention, the detail behind that wave of fuzz soaks through and seduces. The layers of gentle guitars, Granduciel’s mystical lyrics and his earthy, Waterboys-style vocals add what could be described as more natural elements to the anthemic mix.”

We asked frontman Adam Granduciel what fans can expect from the DiS show. He said:

“Definitely more towards a ‘rock show’ but there are some mellow moments for sure and none of us really have any crazy stage moves. Well, maybe Robbie... I'd love to have a song where he can shred on the guitar ‘cuz he's amazing at that! Either way, by the time we're over here we will have been touring for almost a month so we'll be real dialed in.

“Some songs we rock out a bit more, or re-interpret the song to fit the live performance a bit. I'm definitely not too concerned with replicating every single layer or nuance on the record ‘cuz you don’t want to be trapped by a sampler or computer or whatever. I just think it’s important to respect the mood and vibe of each song and do your best to capture it live. We've definitely come a long way since we toured for Wagonwheel Blues so I'm super excited to just see the live band grow into something really special.”

The setlist also promises to mix material from Slave Ambient and The War On Drugs’ debut, Wagonwheel Blues. Adam explained:

“You have to tap into the audience's perspective. Do I want to do a 26 minute version of ‘Your Love Is Calling My Name?’ Of course I do, but I also understand that some folks want to hear ‘Arms Like Boulders’ or ‘The History Of Plastic’. So even though those songs are older, it’s still amazing when people respond to them the ways they do, so we enjoy playing the whole catalogue. Those songs are still really close to me anyways.”

Tickets cost £7.50 in advance, £9 on the door or £6 for Harley Live members, and they’re available here. For more information on the show, click here.

And don’t forget you can keep up to date with DiS Events on Tumblr, Twitter and Facebook. Later in the year we’ve got Lanterns On The Lake and Ghostpoet, you lucky things.