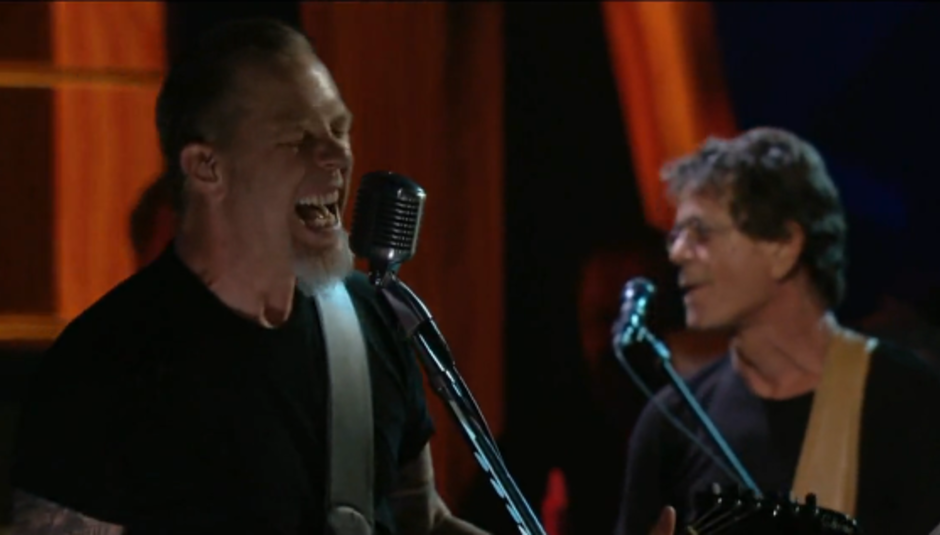 It's been floating around the internet for a few hours now but we thought we'd chip in with our two penn'orth. Lou Reed and Metallica will be releasing an album together after, well, working together to record it. It has 10 songs on it and...well, we're not sure what to say other than "is this really going to turn out OK?". Probably not.

Here's some of what they said on a statement on their official website.

Ever since we had the pleasure of performing with Lou at the 25th Anniversary of the Rock and Roll Hall of Fame at Madison Square Garden in October of 2009, we have been kicking around the idea of making a record together. Some of you astute Bay Area residents may have picked up news of recent Lou Reed sightings in the greater San Francisco area and we have indeed been working at our home studio at HQ on and off over the last few months. In what would be lightning speed for a Metallica related project, we recorded ten songs during this time and while at this moment we're not exactly sure when you'll hear it, we're beyond excited to share with you that the recording sessions wrapped up last week.

Interesting. The rest of that statement can be read here. There is also a couple of photos on there, but we've posted one of them below. Is that really where Kirk Hammett's hairline resides now?