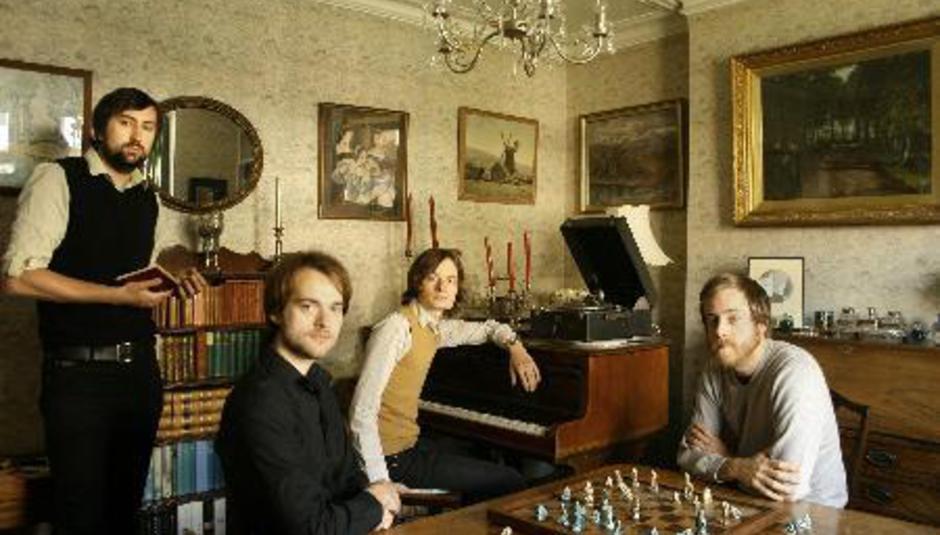 Leeds four-piece iLiKETRAiNS have finally completed the follow-up to 2007's debut Elegies To Lessons Learnt. Entitled He Who Saw The Deep, the band hope to release the album in October via their own label ILR. However, its release date is dependent on how much money is pledged beforehand via the "Pledge Music" scheme for unsigned artists. The band has set a target for the amount required in order to complete mastering and manufacturing before setting up the label and finally marketing and distributing the record.

For a minimum fee of £8 those who pledge will receive a download of the album upon its release along with a host of pledger-only updates including three new and exclusive videos, one of which When We Were Kings is featured below:-

Other exclusives dependent on the amounts pledged include the opportunity to play the band's Alistair Bowis at Scrabble (£30), a guitar lesson with Guy Bannister and David Martin in Leeds (£150) and an Executive Production Credit on the album (£500). For a full breakdown of the exclusives available and a more detailed explanation of what it means to the band themselves visit the iLiKETRAiNS Pledgemusic site.

The tracklisting for He Who Saw The Deep is as follows...

A tour is expected to be announced to coincide shortly. In other iLiKETRAiNS news, drummer Simon Fogal has a broken leg and will therefore be unable to play the band's Rock Herk festival show in Belgium next weekend. All at DiS wish him a speedy recovery!