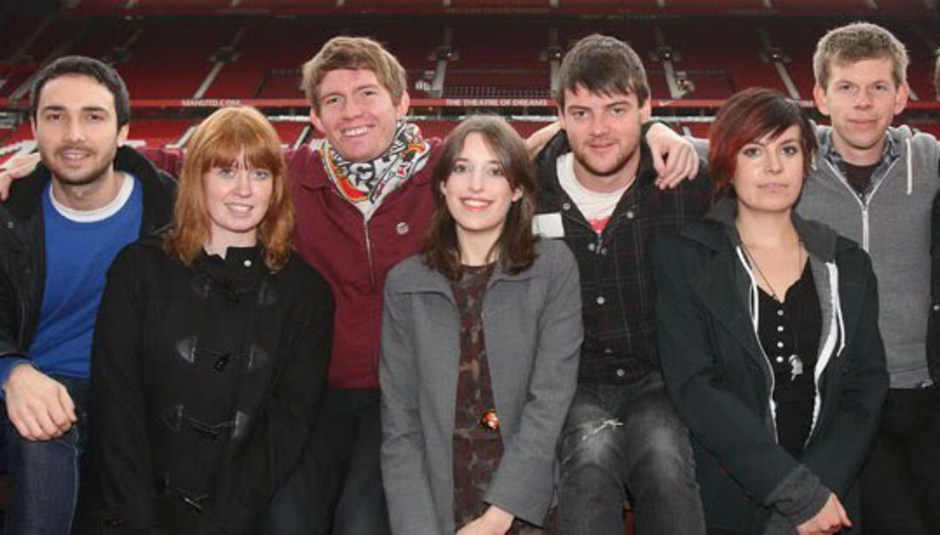 It's been a while since we've heard much from Los Campesinos!. Probably because they've been doing their usual thing of touring like mad around this country and many others. That's why it was a nice surprise when something new from them came up this morning.

It's not anything particularly fresh, but rather an alternative/different version of the lead single and title track from their current album Romance Is Boring. It's called the 'Princess version', apparently. It's a lot more measured and, also a little bit woozy to start off with but you soon get into it once it reaches full flow. Good for a day like today. Especially if you've spent most of the week(end) wilting in the sun.

Anyway, you can get the track for yourself by clicking here. It's pretty good. And more than just a remix.

The 'gang' are doing the festival circuit at the moment, but they do also play a special Wichita 10th anniversary show in the next couple of weeks at London's Garage, along with a whole lot of other dates. Check them out here: