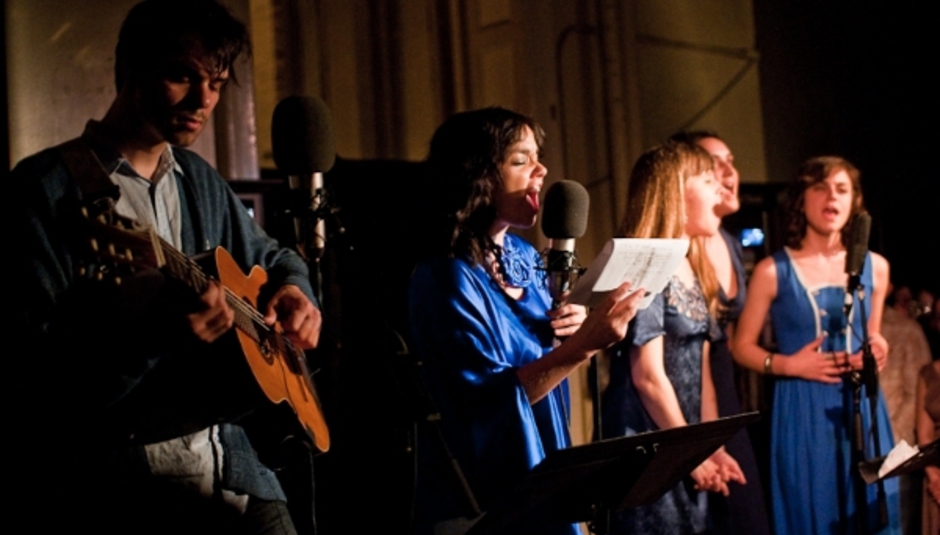 Who knew Iceland's finest musician of ever, Björk, was working with Dirty Projectors? Has it been a secret or something? OK, so they played together earlier last year but apparently there's also something concrete, something recorded, something aimed towards the sky and targeting eternal posterity.

I'm sure, like me, you're itching to hear more of this joining of forces? Good, because there is some. More, that is. As reported on The Guardian the project will be unveiled on June 30 but until then there's a teaser clip. It actually does an impressive job of teasing, mainly because there's so little of anything at all contained on it, apart from a drone. Ominous.

Oh, and while we're on the issue of Dirty Projectors, they're playing a show at The Barbican, performing their album The Getty Address. We're giving away a pair of tickets for that show, which can be won here. Get involved, as they say.

More information and teaser clips have now been brought to the fore. The album will be called Mount Wittenberg Orca, as you could have guessed anyway. The tracks contained on it will be these ones:

The official website is the only place the record can be bought (for $7, no less), which will be available from June 30. All of the money that is generated will be given to the project of creating international protected marine areas. Read the whole letter from Dave Longstreth over at StereoGum.