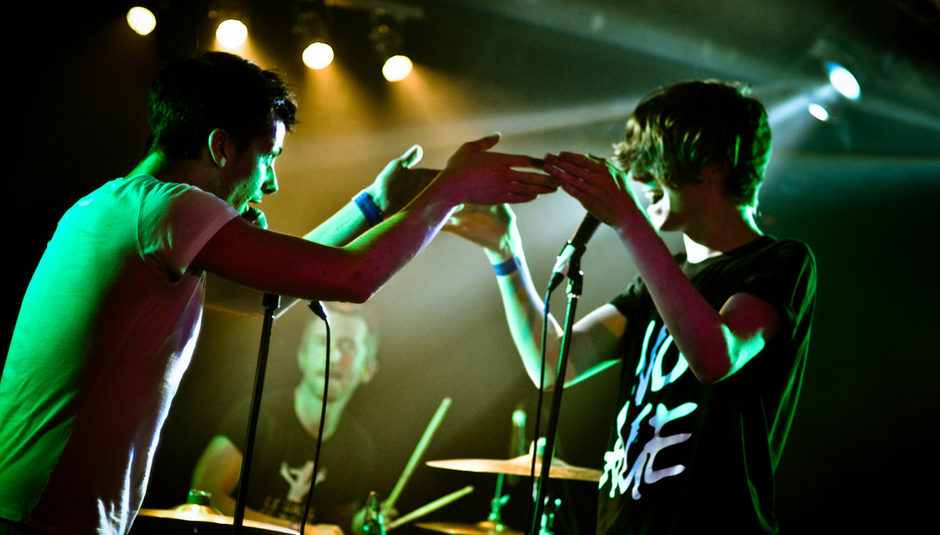 Over the last few years we've run out of adjectives to describe just what Dananananaykroyd are like live. We could probably come up with something stupid like "the moment the Bubblegum pops and stick to your face, in musical form" but that's fairly nonsensical. It would suffice to say that you'd have to actually experience it live. A wall of hugs?! Oh, go on then!

The band released Hey Everyone in April last year. We've therefore been waiting for some new material for a while but now there's the perfect (nearly) chance to hear some of it in the flesh as the Scottish seven-piece have announced three small-level shows in which to preview their new material, which they've been writing over the past six months.

"We wanted to play our new songs to people and get a great feel for them before recording them in a studio atmosphere."

"We had the benefit of a couple of years feeling our way through the songs on the first album, so we thought playing a few shows under a different name would be a great way to play a set of new ones, rather than a 'proper' Dananananaykroyd set."

The three dates they will play as Sissy Hits will be these ones. Ticket links included, like.

PLUS the other, already announced dates:

More details of the band's forthcoming second album to be announced shortly. We hope very shortly.