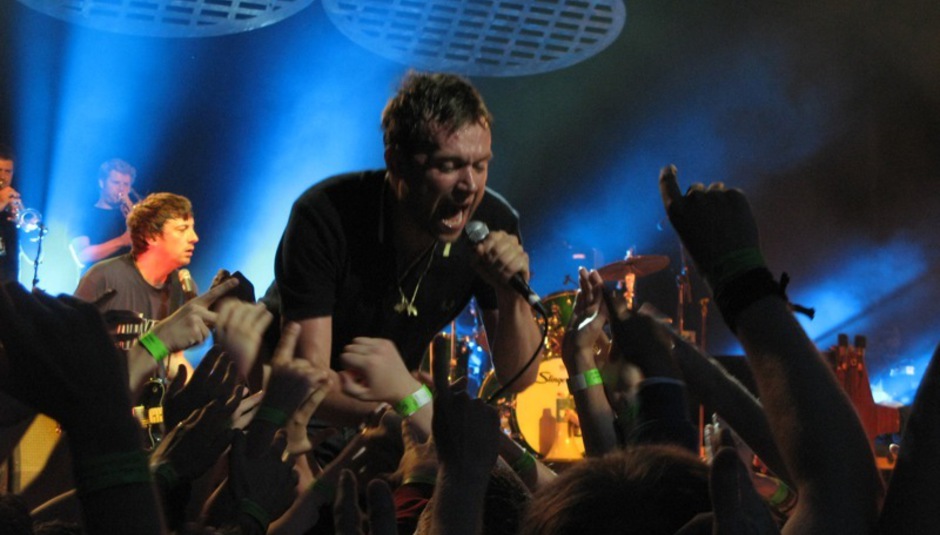 Although Blur's recent return to recording was filed under "good not great" the prospect of them continuing to do similar things in the future was perhaps the best thing to come out of it. Unless you managed to get your paws on one of the official 7"s through Record Store Day, that is.

New tracks are likely to continue appearing, as Damon Albarn pointed out in an interview with NME.com and the larger Musical Paper in general. Albarn said:

"I'm definitely going to do a few more of those seven-inches," he explained. "I love the no pressure aspect."

He also said that he wants to work with Gorillaz collaborator Jamie Hewlett more, specifically on a new opera. The previous one he did with Hewlett was an adaptation of a Chinese tale, entitled Monkey: Journey To The West. Statements also indicate that Alan Moore will be working on it, which is categorically fantastic news.

Despite calls from various corners that Blur should write and release new material and maybe even a proper album, Albarn cooled any real talk of a brand new full-length but still left a tasty dangler for all Blur fans:

"We can't do it all the time. So I don't want anyone to think there's an album coming soon, it's not possible, but we've got songs!"

Mr Damon is currently going through the touring process with Gorillaz, who yesterday announced a brief UK arena tour. See the dates and such here.