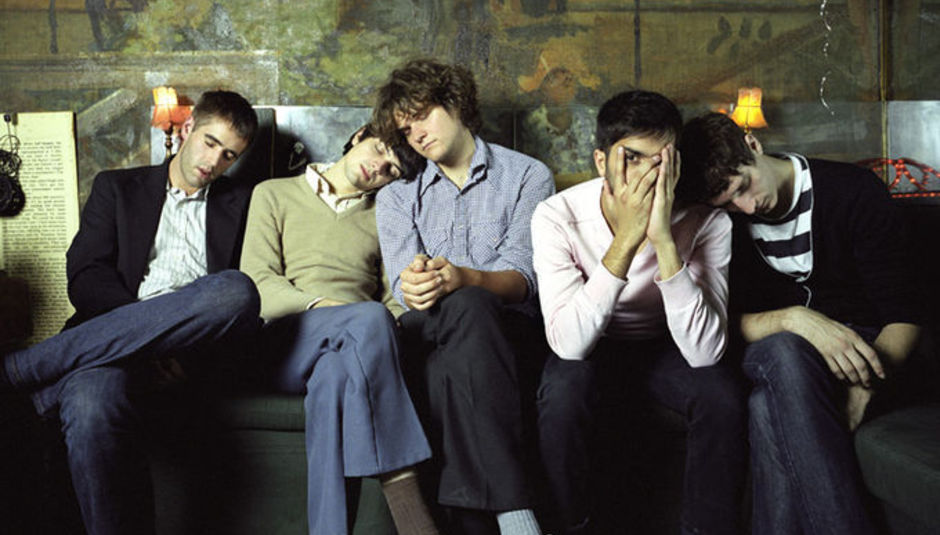 Texans Voxtrot will be ending their existence as a musical entity. Sadness. But that's not before one last farewell/hurrah tour which will take place throughout May and June in various places in America, but unfortunately and unsurprisingly nothing on these shores.

The band formed in 2003 and released one full-length record, 2007's eponymous debut, following on from the release of several well-received EPs beforehand. Band leader and lead singer Ramesh Srivastava explained the decision to call it a day on the band's website.

As you'd probably expect, it's a fairly long letter, so we've included the highlights below. Visit their website to read the whole thing, which includes an artistic exchange (in more than one way) with Travis's Fran Healey and a really bizarre analogy involving Peter Falk's glass eye. Seriously!

The career path of Voxtrot was truly one of long, simmering build, explosion, and almost instantaneous decay. Slowly, I am learning to replace any feelings of regret with positive memories of how amazing the whole thing was, and how it has, in an unexpected way, fortified my character.

Approximately eight months ago, I spoke to my friend Simon and indicated that I was ready to give up on music, or at least leave it for the indefinite future, but he reminded me that you can't dedicate yourself to another job or a degree, or some other distraction just because you've got nothing else going-if you have the feeling that you were born to do something, you've got to follow that feeling.

In the end, I've come to realize that there really isn't any cause for disappointment. The fact is, the songs still exist, and the music of Voxtrot lives on as a sovereign entity which, outside of all criticism, positive or negative, belongs to the guys and me, and to everybody who ever loved it or believed. Taking into account every person I've met, every place I have visited, every emotional exchange I have ever had with a listener, there is absolutely no room for regret.

This is not to say that Voxtrot will never play again, and certainly, if Voxtrot has never been to your country (or continent) we are open to ideas, but for all intents and purposes, this series of live shows will be the last.

Part of doing something with love is being able to say "goodbye" at the right time. Thank you for everything. On to the next one.

Should you happen to find yourself in the States in the next month or so, you can watch them at these dates. Their 'Goodbye, Cruel World...' tour, as it has been dubbed: