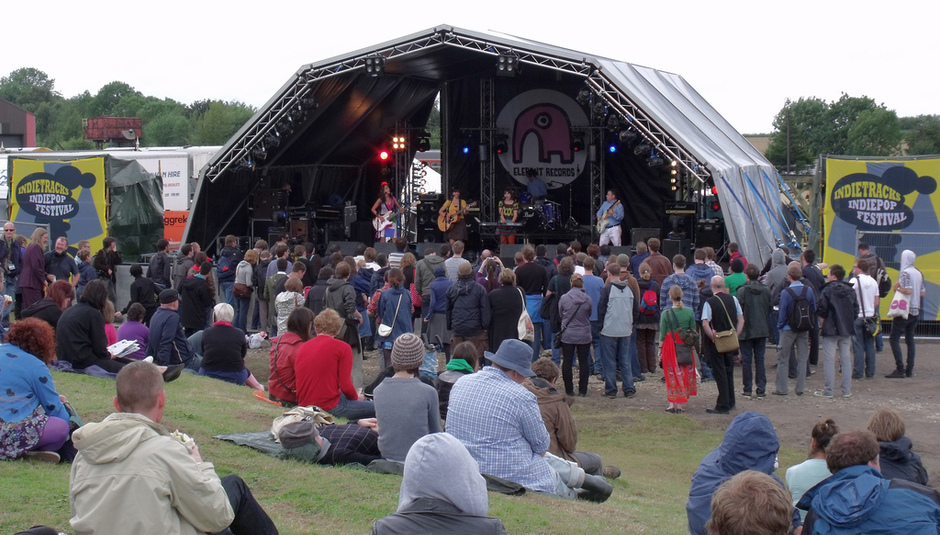 What's going on in the festival world? Read below!

Hey, we could have done this a stand-alone news story, but it's not like Glastonbury really needs the publicity, is it? Today is the day that the full-ish line-up has been announced and whilst we'd like to put everything in this article for you, we aren't going to be able to. So look below for the highlights, and visit here for the full details.

Lining-up at Shepton Mallet or thereabouts will be:

This year's Glastonbury takes place from Wednesday 23 - Sunday 27 June with more information available from the link up there in the opening paragraph. Yeah, so. A lot of people scoffed at the line-ups being announced initially, though it wasn't that bad was it? Plenty of legendary bands, sure, they may be past their best but...well...whatever. Anyway, joining the re-united Libs, Blink 182, Guns 'n' Roses and a lot more will be this fresh batch of artists: A Day To Remember, Mystery Jets, Thrice, Young Guns, The Futureheads, Motion City Soundtrack, The Walkmen are all set to play the main stage. I think. Whereas on the NME/Radio 1 stage we'll see Girls, Serj Tankian, The New Young Pony Club, Surfer Blood, Wild Beasts and Frankie & The Heartstrings.

The joint festivals of Reading and Leeds will run from 27-29 August 2010 which also happens to be the Bank Holiday weekend. Always a good thing. More details here and here.

The vast chunk of acts for the Camden Crawl have already been confirmed. But we were teased with some VERY SPECIAL GUESTS who were due to play. These can now be revealed and they aaaaaaaaaaare Pendulum and Plan B who will be taking up their positions on the Roundhouse stage. Wond-air.

Tickets can now be purchased from here. The North London festival runs from Saturday May 1 - May 2. General deets here.

Sixteen more bands have been pencilled in for the Dorset-based festival. And there are some good ones, some very good ones, and probably a few who you may feel slightly ambivalent about. CARIBOU, though!

Previously on the bill were these notables: Cymbals Eat Guitars, Wilco, The Mountain Goats, Felice Brothers, The Unthanks, The Low Anthem, The New Pornographers.

Just the two additions to the Derbyshire indie-pop festival this time with Swedish lot Love Is All and, perhaps somewhat more excitingly, The Pooh Sticks also being confirmed. They join other notables so far including The Pains Of Being Pure At Heart, Shrag, Internet Forever, This Many Boyfriends, Standard Fare, Allo Darlin', White Town and Boy Genius.

There are four weeks left to get early bird tickets, which are currently priced at £55 for the weekend and £30 for the day. The fun takes place from 23-25 July. More information here.

T in the Park:

The 2010 edition of T in the Park takes place from 9-11 July in Balado, Kinrosshire (this should be hyphenated, but I'm not going to do it) and those in attendance can see Echo & The Bunnymen, Julian Casablancas, Ash, Airbourne, Babyshambles, Chapel Club, Example, General Fiasco, Hurts, Laura Marling, Mystery Jets, The Drums and Tricky.

Get your tickets and other information from here.