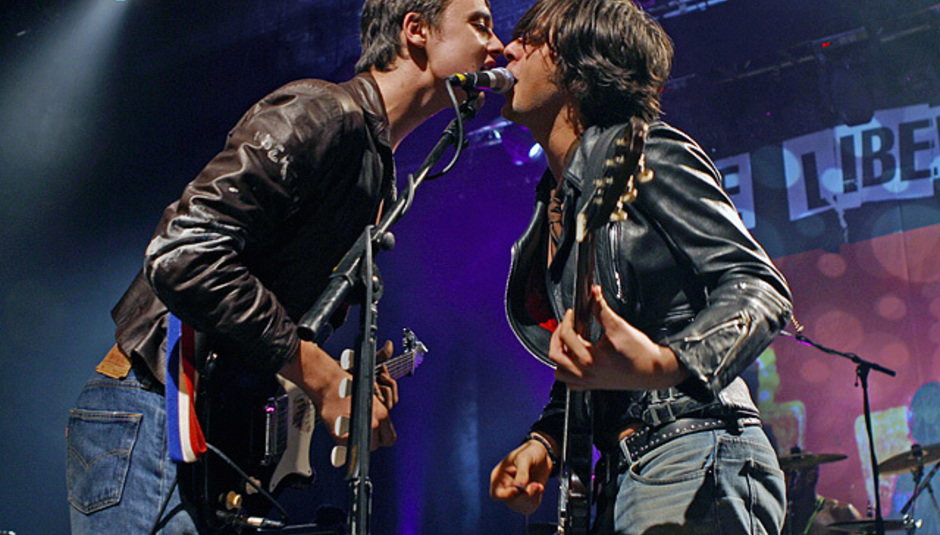 It won't have escaped your attention that Peter Doherty, Carl Barat and the other two who make up The Libertines patched up their differences and have decided to re-unite for a couple of performances at this year's Reading and Leeds festivals. Over at NME.com - who are no strangers to writing about the band - they've an 'exclusive' video of the band nattering about the reformation, along with their hopes, expectations and fears.

Barat seems to be itching for things to kick off. He said: "I wanna get on stage and play them songs. Play them how we used to play them," though I wouldn't rule out the possibility of some very exclusive warm-up shows beforehand, just like the good old days.

Doherty had a few reservations, though they're hardly revelatory, given the band's past.

"Potentially it's a fucking disaster, it's a fucking cinder box [sic] waiting to go up. So I think we basically need to be honest with each other. Yeah basically just speak up if anything's happening that nobody else agrees with, rather than just wander off in silence and let everything get a bit messy and complicated, just be honest."

Barat also refers to the reunion as a possible powder-keg, echoing Doherty's sentiments about a 'cinder box'. Drummer Gary Powell didn't exactly rule out a lack of quality either, saying "Whether it's gonna be good or bad, you're going to see us as we are."

As unpredictable as ever, then.

The ol' embedding function doesn't seem to be working for this at the moment, so you're going to have to make do with heading over to NME.com to have a goosey gander. We'll stick it in when it's all good and ready.