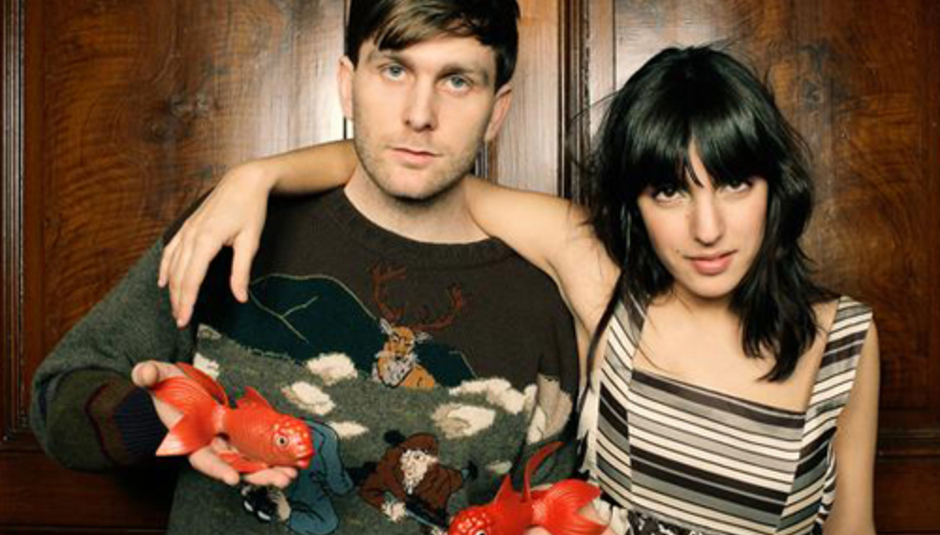 Swedish drum'n'vocal duo Wildbirds & Peacedrums have a new EP on the way, and along with it they give you a free track, too. On one condition - that you sign up to their label's mailing list, as is usually the way with these deals. No bad thing.

The new EP is called Retina and will be the first of two vinyl only EPs, the second of the pair being called Iris, which will be available in early June. You can see what they've done there with the titles, can't you? Retina is released on May 10 through The Leaf Label. You can get the free track - 'Fight For Me - from here.

It's a five-track EP, which was recorded in Iceland in just about three days along with the help of the 12-piece Schola Cantorum Reykjavík Chamber Choir. It was recorded by Ben Frost, mixed by Valgeir Sigurðsson with additional choral arrangements being made by Hildur Guðnadóttir, who is in fact a member of Múm. Tracklist below:

Fear not those of you who don't tend to engage in buying vinyl, or those who were hoping for a new Wildbirds record. The two EPs will be compiled together and released as an LP, entitled Rivers, which is to be released as a double CD and download in August.

Click to download/listen to the Deerhoof remix of 'My Heart', taken from their previous LP - The Snake.

02 My Heart (Deerhoof remix) by LukeSlater
Got any news? E-mail us at news@drownedinsound.com