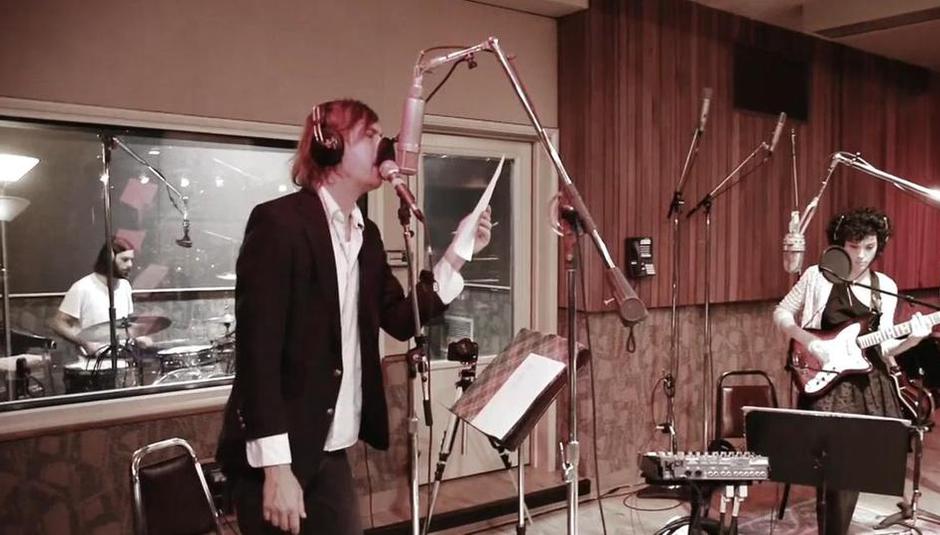 Earlier in the month we alerted you to Beck's upcoming Record Club which featured the all-star cast of Liars, St. Vincent and Os Mutantes. Sure, we weren't certain - or had any idea - what tracks they were going to cover, but we waited with breath that was baited. Then we found out it was to be INXS's Kick.

The good news is that the first instalment has been posted on Beck's website, and can also be viewed below. It's our heroes covering 'Guns In The Sky'. Here's what Mr. Hansen had to say for himself on the matter:

The record covered this time was 1987 blockbuster ‘Kick’ by INXS. The record was chosen by fellow Aussie, Angus from the Liars. It was recorded in a little over 12 hours on March 3rd, 2010. It was an intense, hilarious, daunting and completely fun undertaking. Thanks to everybody for being there and putting so much into it. Many classic moments, inspired performances and occasional anarchy. We’ll post the songs consecutively in the album’s original sequence. First one up is “Guns In The Sky.”

Record Club: INXS "Guns In The Sky" from Beck Hansen on Vimeo.