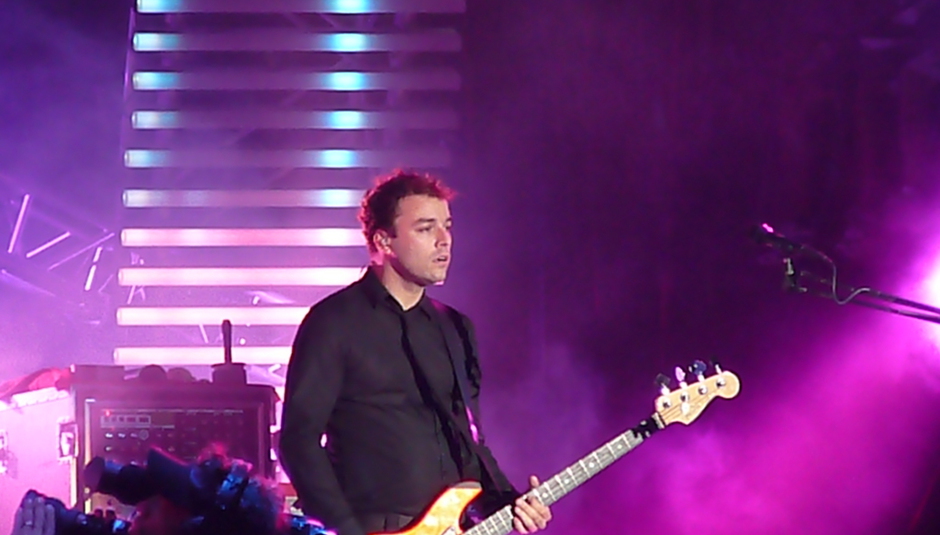 Muse bassist Christopher Wolstenholme has expressed his dissatisfaction with the band's record label, Warner Music, in their plans to pull all of their content from free music streaming services and sites such as Spotify and We7. I'd say rightly so, too.

Earlier in the month the label's chief executive, Edgar Bronfman Jr., spoke of his doubt over the future and viability of free streaming for the music industry.

"Free streaming services are clearly not net positive for the industry and as far as Warner Music is concerned will not be licensed. The 'get all your music you want for free, and then maybe with a few bells and whistles we can move you to a premium price strategy', is not the kind of approach to business that we will be supporting in the future."

However, Wolstenholme told Radio 1's Newsbeat that it'd be disheartening if Warner actually went through with their plans.

"It's like taking your song off the radio, isn't it? You're instantly taking your song away from a group of potential listeners. The corporations are setting the rules on these things because they're clutching at straws."

"They've lost so much money on record sales because of the internet. I do sometimes feel that this whole restriction that's been set on how your music can get out there these days that doesn't ever really come from the bands. It's coming from the corporations behind everything."

"As far as bands are concerned you just want people to hear your music whichever way they can."

The future of the music industry, with regard to free online streaming isn't particularly clear. Whilst early on it was said that Spotify and similar services would generate significant revenue for the UK music industry, reports suggested that the artists don't benefit all that much, in direct financial terms. Meanwhile, it was recently reported that Universal Music Group are claiming that Spotify have developed a sustainable revenue model, which seems like some good, if still quite vague, news.