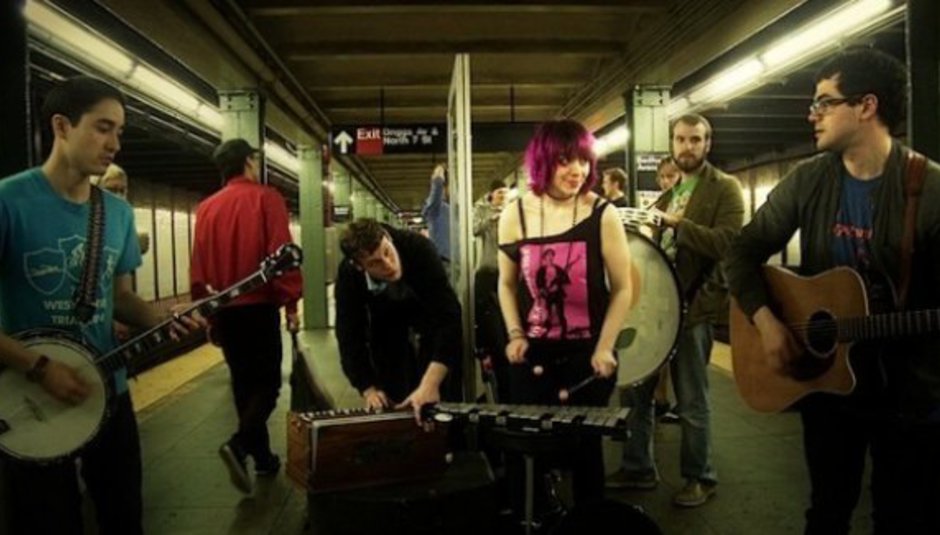 I think we can all agree that Freelance Whales is a royally ridiculous name for a band. Think about the meaning for a second. Astounding. Freelance Whalers would have been infinitely better, and it even makes a smidgen of sense. Plus it also highlights the struggles that the Japanese and Icelandic economies face on a daily basis.

That said, at least their music is a redeeming factor, and it's no doubt the reason you're here. They're about to release their first ever (debut) single, entitled 'Generator 2nd Floor'. A better title than their name. They've also made it available gratis, kostenlos, free, FOR NOTHING. Most kind of them.

Click here to unload unto yourself an almost irritating amount of catchiness in spangly pop musical form. They release their debut LP, Weathervanes, on March 16.

Here's an incredibly ropey video of them perorming at Bedford Avenue subway station: