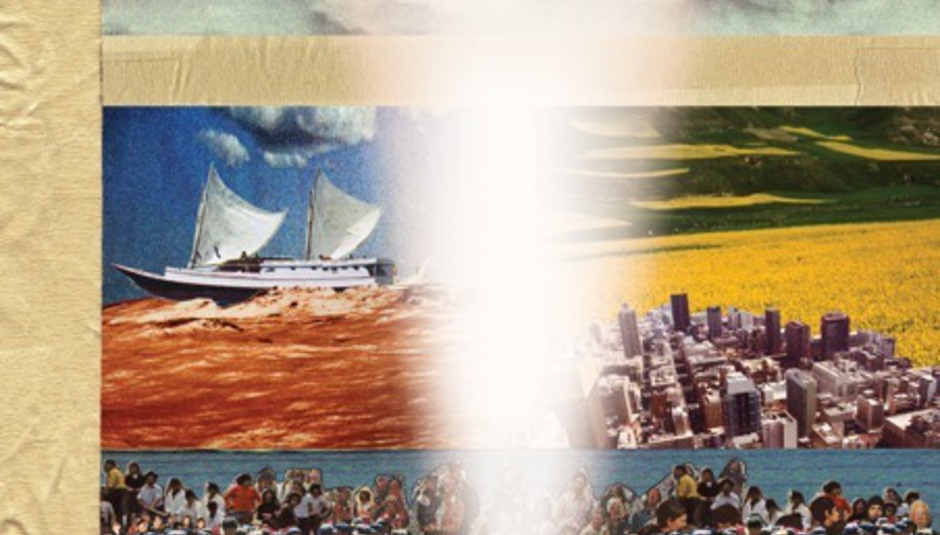 The record will be called Forgiveness Rock Record, and the song they're letting us all have is 'World Sick'. According to various interviews and reports, the band are now just a core of six members, but, unsurprisingly they rope in their friends and acquaintances for the album, including Feist, members of Metric, Do Make Say Think and Tortoise - whose member John McEntire produced the record.

Album art is below. Some seriously confused design, there. Heaven knows if it's even meant to mean anything. It's released May 3 through City Slang. Stick that in your diaries. Get the free mp3 of 'World Sick' by clicking here and entering your e-mail address, sign up to the mailing list and all that business. They're due to play three dates in England in May.