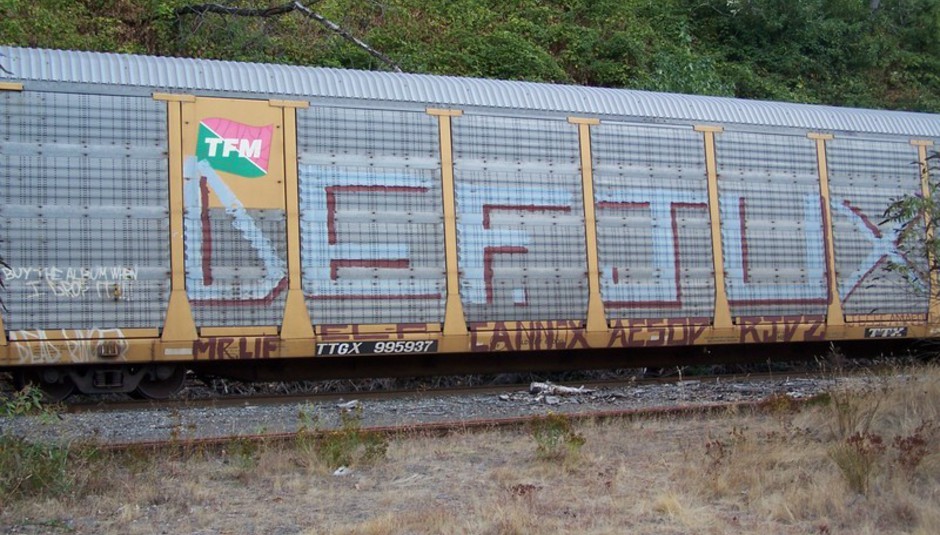 Rumours had been floating around in the past couple of days - and indeed weeks, if you go back far enough - that the hip-hop label founded and run by El-P, Definitive Jux, or Def-Jux to those relatively normal folks, was to fold with immediate effect. All of which was surprising considering the man himself had been talking about his new record, coming out this year...and, well, it's Def Jux.

Well, the whisperings seem to have been confirmed - or at least partly. El-P posted an over-long statement on the website today explaining the label's position - which is that of going on hiatus, with him stepping down as the label's head.

Below we've selected the most important paragraphs for your reading:

This year, a decade after starting DEF JUX and after overseeing the releases of some incredible albums including the forthcoming release of my dear late and great friend Camu Tao's brilliant "KING OF HEARTS" LP, I'm stepping away from my duties as artistic director for the label to concentrate on what I love most: being a producer and an artist full time. This is something I've been contemplating for a few years now, and can't think of a better time or, with the eventual release of Camu's record, a more poetic way to transition into a new direction.

This means change for JUX. Of course we'll still have our website, we will still sell our catalog, merch and more as well as bring you news and updates on all our projects and artists. We will be releasing "KING OF HEARTS", a DEF JUX remix compilation, a 10 year anniversary retrospective and some other goodies. But then as a traditional record label DEF JUX will effectively be put on hiatus. We are not closing, but we are changing. The process is already under way, and the last several months have been spent dealing with the technical aspects of wrapping up the label in it's current form and re-imagining our collective and individual futures.

Lastly and most importantly are the fans... holy shit THE FANS! Our fans are no joke. I can't tell you how humbled I am to have felt the love and respect that they have shown us all. Even when we did things they didn't like, they stuck around. This was their label as much as ours. We answered to them, and yet they respected that we did what we loved, nothing more and nothing less. We always will. You are why we do any of this, and I'll never be able to express how much your support means to all of us. I think I speak for all of us Jukies when I say I love making music for you and can't wait to make more.

There's probably a lot of acts on Def Jux and records released by the label that definitely cross over into "our world", the indie one, if you want to pigeon-hole things. Albums by Mr Lif, Aesop Rock, Murs, RJD2, and the slightly lesser known Cannibal Ox, amongst others, of course.

El-P also said that, while starting a record label at the start of the noughties made a lot of sense, today it makes less and less sense, with more of a will to put effort into other projects in the industry. Probably reflective of the way the industry has been headed for quite a while now, to be honest.

Beofre it closes down, however, Def Jux will release a posthumous record from Camu Tao, who died back in 2008 of lung cancer - as well as a remix compilation, and possibly some other stuff. Keep your ears peeled, I guess.