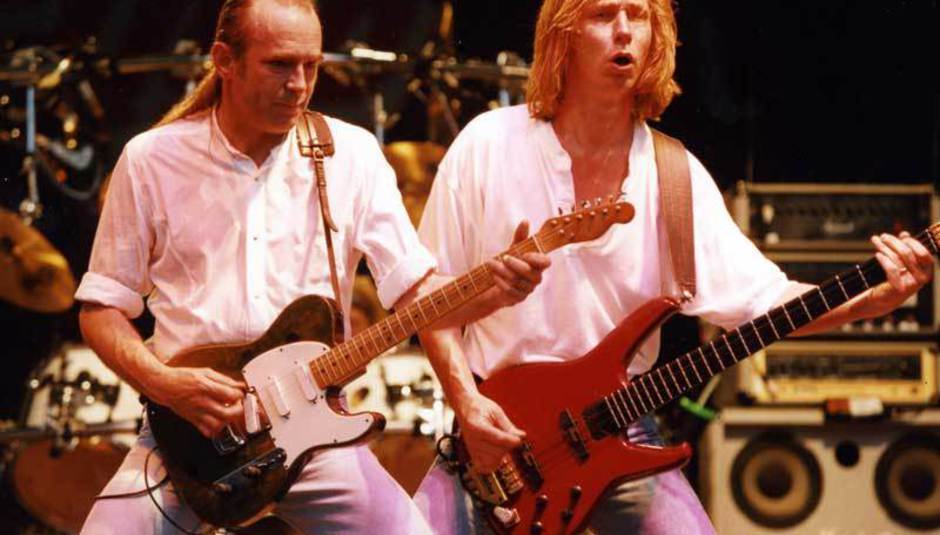 A veritable host of stars from the indieverse have been putting their efforts in recent days into raising money for Haiti, and victims of the earthquake which shook the country two weeks ago. Radiohead put on a gig in Los Angeles (see vid below), Bono and some other people are going to record an R.E.M song or something and Los Campesinos! put their FIRST EVER glockenspiel up for auction. Good effort from that lot.

There's also a whole LOAD of instruments, equipment, signed things and other bits and bobs going up for sale on the world-famous internet auction site, eBay, with the funds being donated to Oxfam's Haiti appeal. Seriously, some of these goods are definitely worth going for. If you have a couple of grand lying around. Is it tax deductible?

A few of them you may remember from other news stories, including a personal song written by Damon Albarn and The Magic Numbers playing in your back garden. Some of them you may not, like, errrrrrrrm, the signed Status Quo clothes. Soiled, I hope.

Click your mouse here to have a butcher's at what's on offer, or look below to see a selection of the finest. Some are doing a bit better than others, as you'd expect. Poor Stornoway.

So, some are eminently more affordable and realistic than others. Not sure what you'd do with a Foals guitar or Editors snare drum? Sell it back to them in a few years' time?