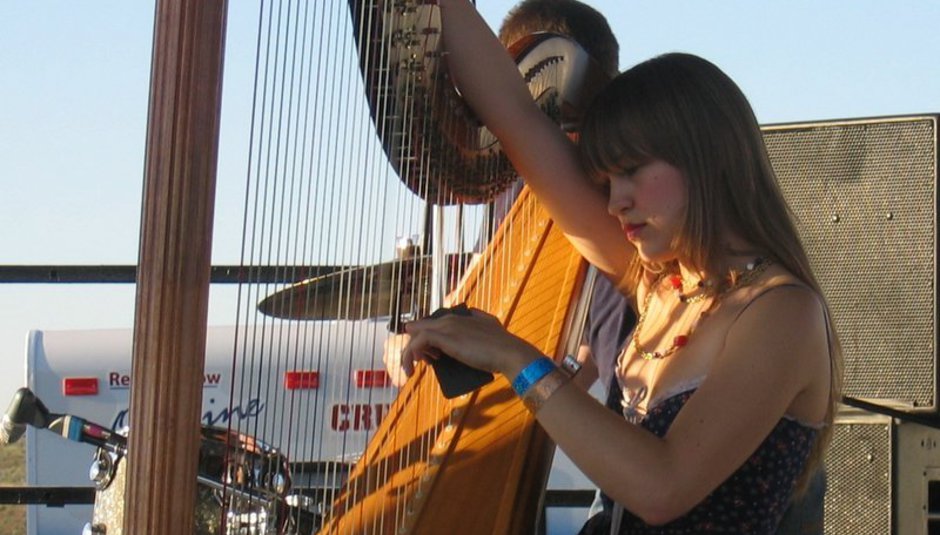 Yesterday we told you a few more cryptic details about Joanna Newsom's apparent new record, without really knowing what was going on and what would be released when. We hoped, we speculated, but we just weren't sure.

This little hinting motherhumper of a comic strip was released into the wild by Drag City, yesterday.

Things have galloped towards the more exciting end of things since then, however, as her Australian record label, Spunk, have since confirmed that the album, Have One On Me, will be released mid to late February.

The release date is slated as February 23 in most places, so we can both hopefully and reasonably assume that it's going to be out the day before over here, because we like to do things on a Monday. Exciting times. Oh, and it'll be on Drag City, obviously.

The new record will be Newsom's third full-length in total, and the follow-up to the massively critically acclaimed Ys(gaining a 10/10 on these very pages) when it was released, back in 2006, which seems like a BLOODY long time ago.