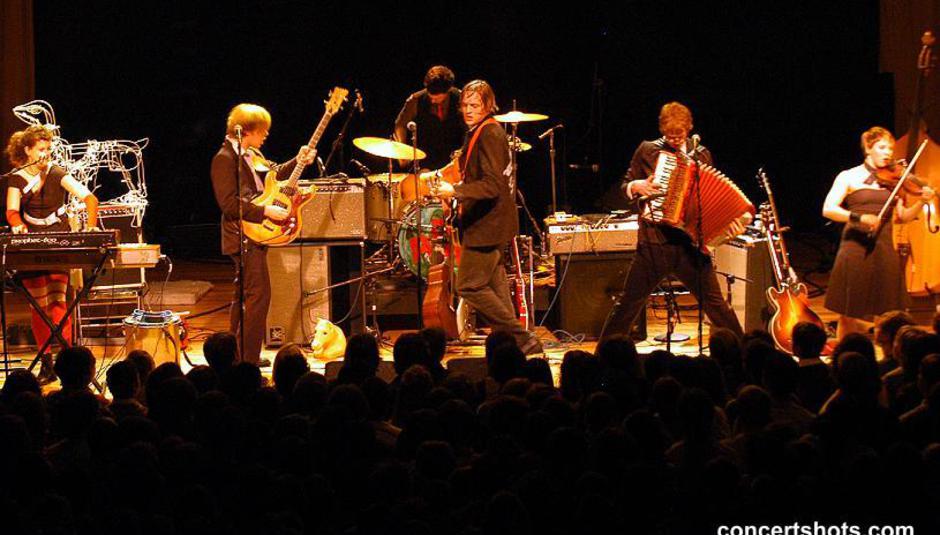 Canadian choral collective Arcade Fire have begun work on their third LP, the follow up to 2007's Neon Bible, and have been working with Markus Dravs, who previously twisted various knobs and dials for the band on that very album (via BBC 6Music).

He also produced Mumford & Sons' debut record Sigh No More and it was band leader Marcus Mumford who let it slip that he's back working with Arcade Fire on their new record:

"I don’t know if I’m allowed to say this but yeah, he’s working on the next Arcade Fire record at the moment. I’m sure that’s public knowledge, because he’s been there for about six months."

It bloody well is now boyo!

Lovely. The record should be dropping some time next year. Some people are even eager to hear this new record.

He also said that his album of the decade (which every Tom, Dick and Ethelbert is being asked at the moment - I asked my Grandad, he said he quite liked the new Phoenix), was Arcade Fire's debut LP, Funeral:

"It changed my life. I started listening to it when I was living in China. I always listened to it in Hong Kong non-stop on the tubes and I’d never heard anything like it before."

"It changed my idea of song-writing and sound, and the idea of lots of people making music together in one recording, but it making sense."

"Seeing them live was probably the best gig I’ve ever been to as well . Am I sounding really sycophantic right now?"