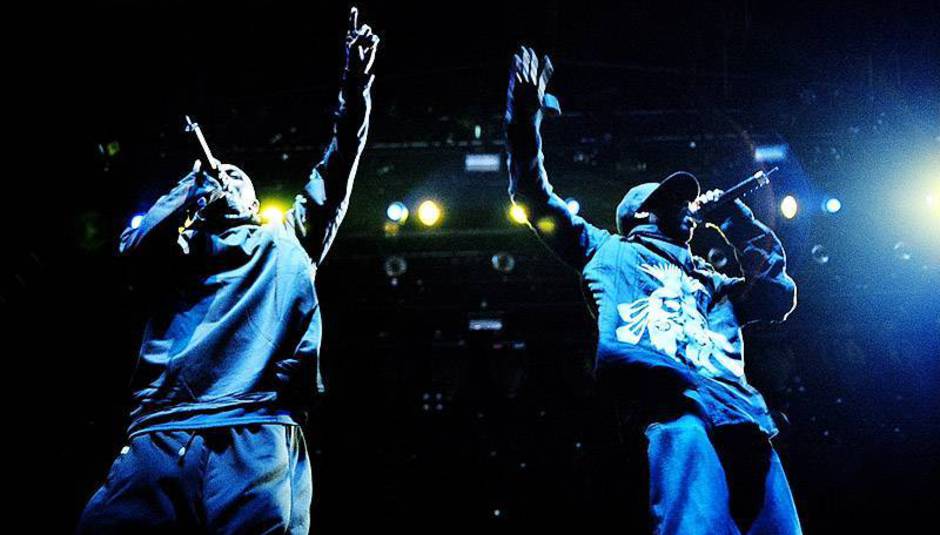 OK, so this video's been knocking around the internet for probably nearly a day now, but we've had various gigantic technical issues affecting the site. We intended bringing this to you yesterday afternoon but instead it arrives on your internet this morning. No biggie, right? Good. Onwards and upwards then.

You should by now be faintly aware of US chat show host (and his nearly eponymous show, of course) Jimmy Fallon. He gets ALL the good bands, and has The Roots as his house band!

We've run a few videos of musicians on his show before - Pixies, Dirty Projectors etc. This time it's the turn of Mos Def and Talib Kweli, as well as a couple of Dirty Projectors in Amber Coffman and Haley Dekle, who provide backing vocals. Mos and Talib form Blackstar, and are responsible for one of the greatest albums EVER. Possibly. Yeah, you know it.

Watch them all (including ?uestlove, whose afro as as wide as his ride cymbal) performing 'History', taken from Mos's current Long Player, The Ecstatic. It's pretty neat.