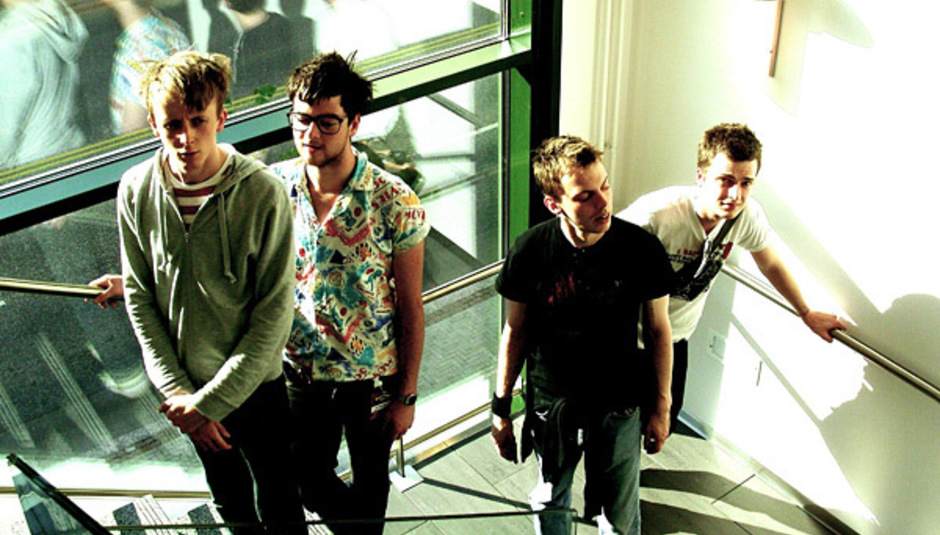 Rock Action-signed Scottish electronic beep and blip crescendo merchants Errors have another album on the way in early 2010, entitled Come Down With Me. Nice. It follows on from last year's fairly well-acclaimed debut LP It's Not Something But It Is Like Whatever.

Come Down With Me was recorded over the past six months in the band's own, self-created, purpose built studio in Glasgow, which they have christened 'The Freezer' due to its fairly sub-standard temperatures.

The record has been primarily self-produced, with a few bits and bobs from Steven Ward. The first single from the album will be called 'A Rumour In Africa' which will be released on 7" and download on January 25, followed by the released of the full LP on February 15. Neato. If you fancy hearing a track from the album, the band have put up 'Beards' on their MySpace, so get yer keester over thar.

Here are those tour dates: