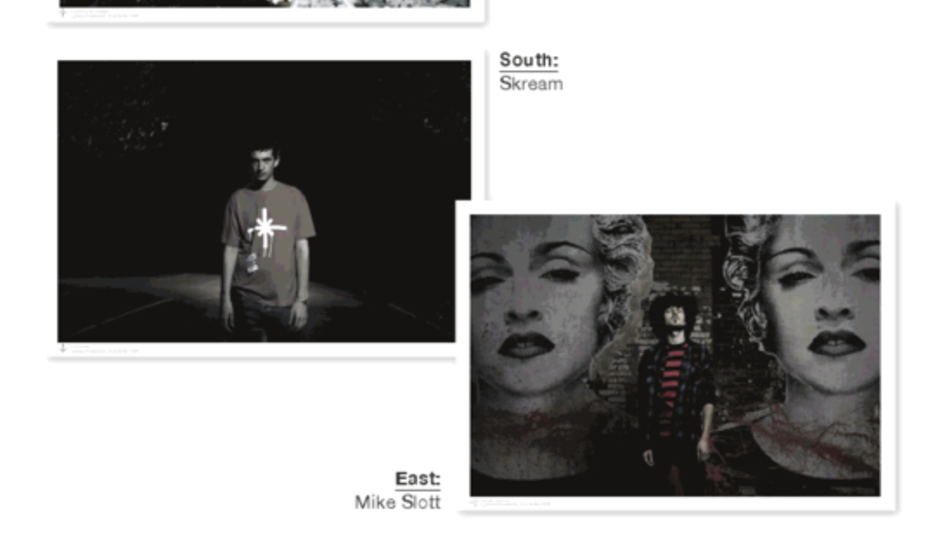 Various dance music and electronica luminaries from across the world wide globe have joined forces (sort of...) for a new cross-art project which mixes photography and music. Entitled North, South, East, West, it is a project for which Bleep have teamed up with master photographer Shaun Bloodworth and GiveUpArt, and features unheard work from artists such as Flying Lotus, Daedelus, Mike Slott, Kotchy and Falty DL.

In with the project, as well as various photographs and other artistic devices, will be a 12-track CD, of which nine tracks will have never been heard before. There'll also be 14 HQ art prints, custom-made packaging and a very special A2 poster print sold on Bleep.com and highly limited in its number of editions, which we believe to be around 500 or so. It'll all be released in late November and backed with an exhibition 'n all.

The idea was to catalogue artists from various locales and scenes, both musically and photographically. The North featured is the North of the UK, and the East and West are the coasts of the United States, respectively, obviously. The collection aims to give a snapshot of the music scenes in the cities and regions of the world.

The CD is comprised of four sections, and twelve tracks in total, all listed below:

Here's what was sent to us in a press release, and we hope gives you a small flavour of the project. If not, then tough, I guess you'll have to wait til it comes out and buy it or something.