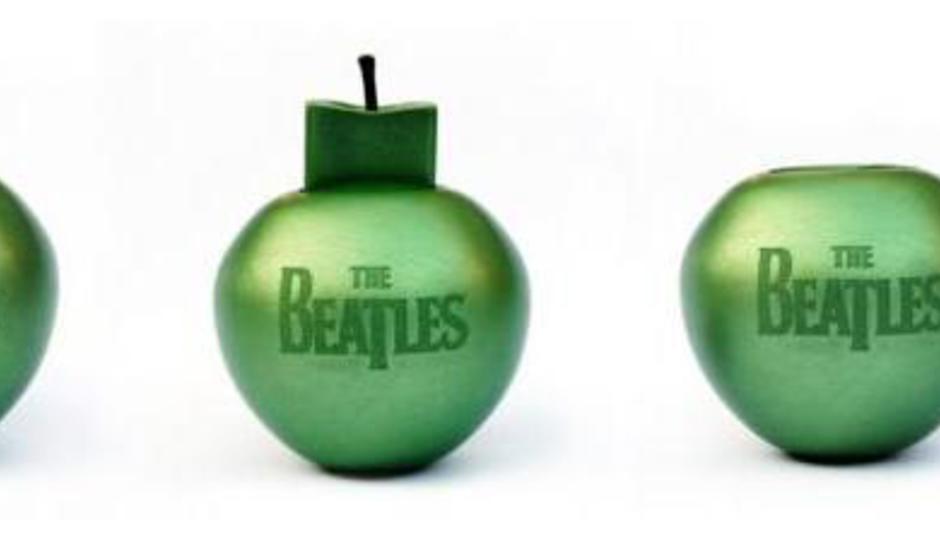 The Beatles have been written about AN AWFUL LOT lately, what with re-issuing their entire back catalogue, re-mastered in stereo, mono, box-set in Ogg Vorbis files, whatever, they did the whole lot. Well, almost the whole lot, anyway.

This time they're getting with the times somewhat, in releasing their whole recording history on an 'Apple' USB stick. Obviously Apple is in speech marks because it's not the people famous for the production of the Macintosh that we're talking about, but the rather more punishingly named Apple Corps. Also, whilst we're at it: The Beatles - worst band name ever?

The USB device will be ap'ly in the shape of an apple, and 30,000 of the blighters will be released through EMI next month. They will contain each of the 14 recently remastered records, and will cost £200. They'll also contain artwork and 13 mini-documentary films, too, as well as rare photos and liner notes. So, you're not getting completely ripped off, like.

"A specially designed Flash interface has been installed, and the 16GB USB’s audio and visual contents will be provided in FLAC 44.1 Khz 24 bit and MP3 320 Kbps formats, fully compatible with PC and Mac." The albums released on the stick will be:

More information on the official website. TWO HUNDRED big ones may seem a little bit steep, but remember they're LIMITED EDITION.