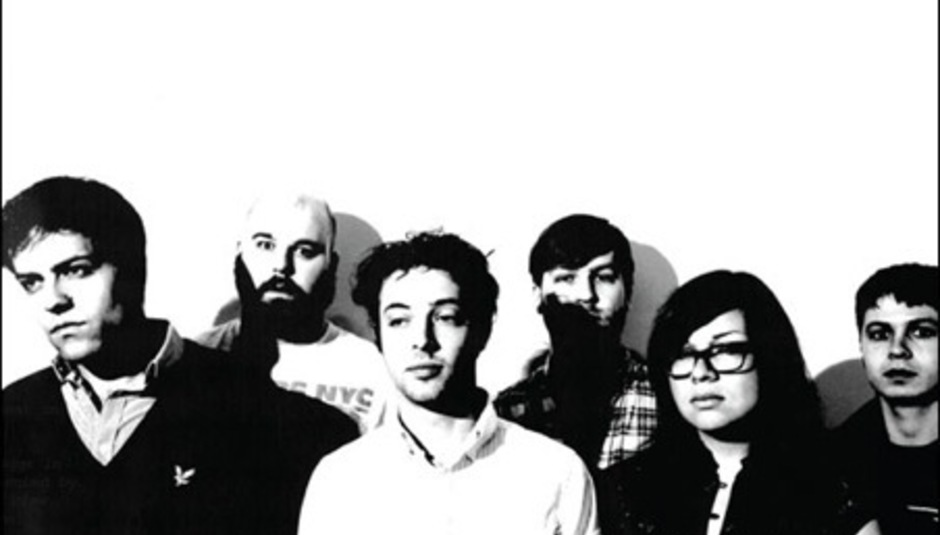 Canadian hardcore punks Fucked Up will release a singles collection entitled Couple Tracks, but you probably knew that already, what with it being announced in September. The record acts as a kinda sequel to their 2004 singles collection Epics in Minutes.

The news which reaches us and you today (or maybe late yesterday...) is that of the compilation of the album. It'll be a 2CD type thingamy with CD1 dubbed The Hard Stuff and CD2 The Fun Stuff. Should be totes awesome, like.

Here's what on it:

Couple Tracks comes with a complete illustrated discography of the contents, with liner notes about each song. More in-depth information can be found in Matador's official blog. The record will be released on January 26 through Matador.

The album art, incidentally, is below.