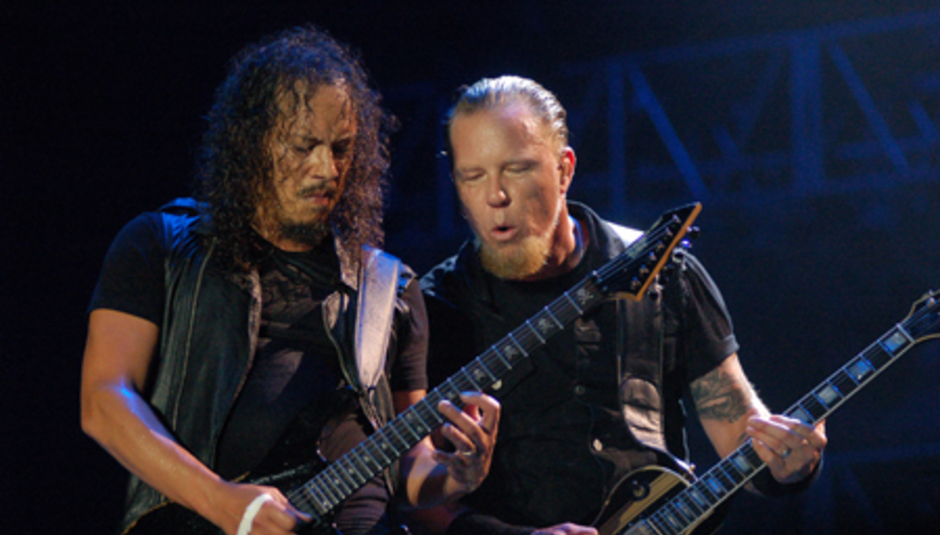 The Behemoths of METAL that are Metallica are to increase their already burgeoning back-catalogue of various audiovisual releases with a DVD of their Nimes concert back in July of this year.

Aptly titled Francais Pour Une Nuit (English: French For One Night), it'll be released on November 23. The recording is unique, we are told, in that the production is entirely French. The press release says ALL ASPECTS of the project are in French other than the band, which kinda dispels any hope we had of French language version of 'Master Of Puppets', whatever that would be.

The DVD will be available for retail in French stores only. HOWEVER, due to the fact that Metallica fans across the world (outside of France), will be absolutely desperate to get their hands on this DVD, it'll also be available on a direct-to-consumer basis through the wonderful people at Universal Music as well as on the band's official website.

The DVD will be available in the following formats:

Pavement to play London show, The Fall added to their ATP