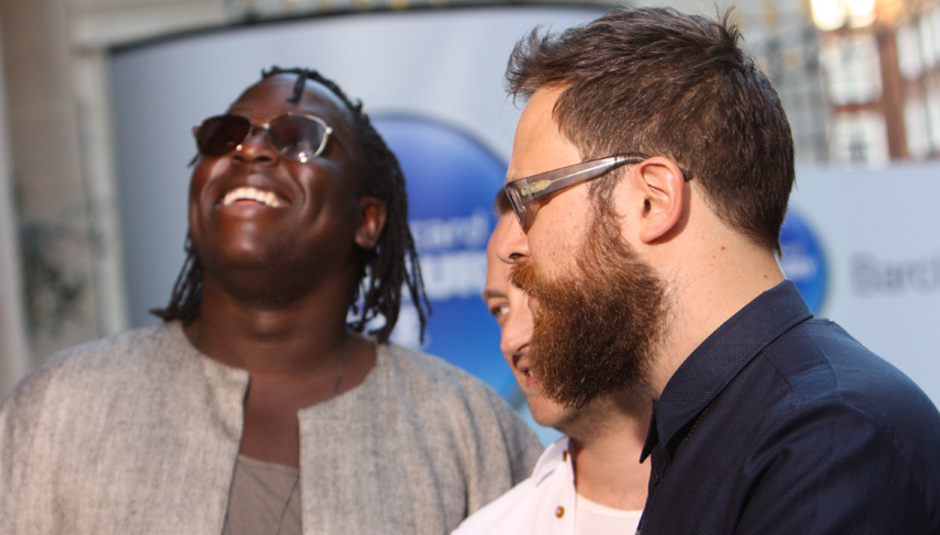 Heresey. Blasphemy. All that shiiiiii'. We don't need to see another band cover ANY Beatles song EVER, do we? Well, we're going to make an exception for Mercury nominated act The Invisible, who have just covered - and released, for freeeeee - a version of 'Come Together'. It comes highly recommended. Click here to download the track.

The track was done as part of Mojo's Abbey Road covermount CD and sounds half-way between the original and TV On The Radio covering Pacman. Only criticism is that it needs a BIGGER chorus.

You can read about the whole process and recording here.

Or, you could just read the below extract from Dave, it's up to you.

"Covering classic tunes will always represent treacherous territory. There are versions of Come Together out there already, as I'm sure you're aware. Ike and Tina Turner's version trashes it (in the best possible sense) and Jacko's version leaves much to be desired (RIP. In both instances). The obvious and, arguably, wisest artistic choice would have been to stick to the song's bluesy template, maybe even try and accentuate it. So instead we opted to do something completely different. Though it would've been a lot of fun, doing a Hendrix-y/bluesy take on the tune felt somehow disrespectful and contrived. To me, The Beatles stand for experimentation and risk-taking. This is a band that stopped gigging and got busy in the studio, getting jiggy with all sorts of shizzle. So we tried to embrace that spirit. I just hope it doesn't result in Macca putting a contract out on us."

The band have currently got a few dates around the country at the moment, before heading off Europe-wards. Catch them on the following dates:

Plus, their single 'London Girl is released today through Accidental, and you can watch the video for that below: