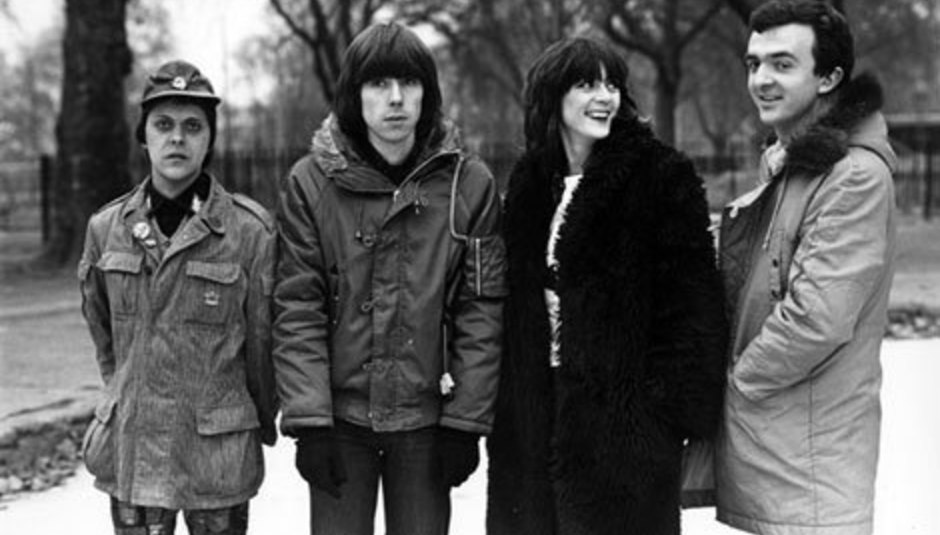 Industrial noise artists Throbbing Gristle, or more specifically the band's sound manipulation man, Chris Carter, have just announced the latest in a whole series of technological instruments, this time called a 'Gristleism'. Which is a rather neat name (via Limewire Blog).

There had previously been the Gristleizer, the effects processor used by the band, but the Gristleism is a wholly (OK, perhaps not) different prospect altogether. It is, according to the official website, "THE THROBBING GRISTLE PALM-SIZED LOOP PLAYBACK MACHINE". WANT.

It contains thirteen loops, a volume control, pitch control, "extended range" and comes in three colours, black, red and chrome. On/in it is a mix of experimental noise, drone, classic melodies and rhythms. Apparently. As you can also see it has a 50mm speaker and it's retailing at £19.99. I'll get two! One for Sundays! And here's a Gristleism IN A BLOODY BOX! Here's the tracklist for the (?) Gristleism:

Here's about half of those tracks on a hastily-but-lovingly knocked up Spotify playlist.

You can pre-order this funky little box and find out more details from here.