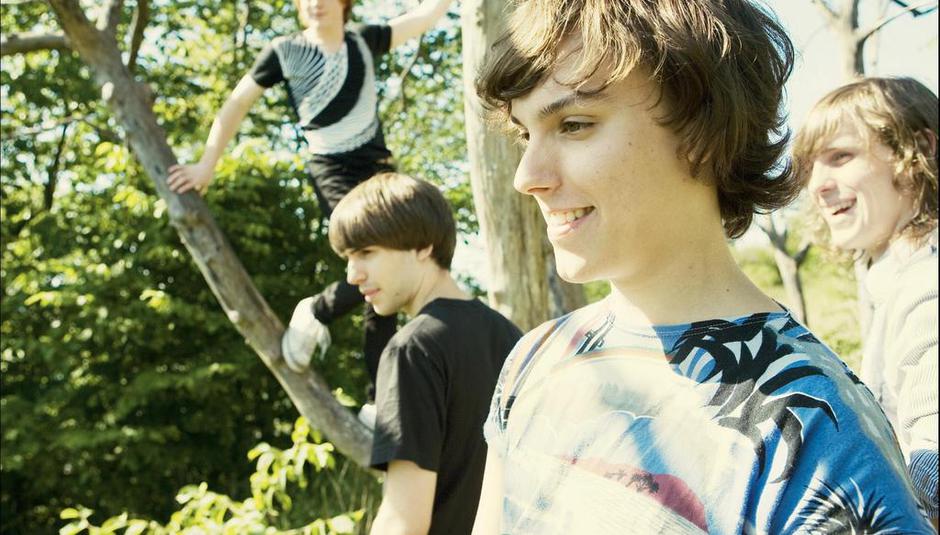 Following several weeks of voting, you have picked the winner of the Neptune Music Prize.

This is the second time we've done an alternative to the Mercury Music Prize (which is announced tomorrow) and the response this year has been phenomenal, with thousands of you rating the 12 DiS-selected albums.

There can be only one winner and with both the most votes and the highest average rating, the winner is Fantasy Black Channel by Late of the Pier (pictured: smiling). Congratulations gents, especially as you're one of the albums we assumed would make the Mercury list. We'll be in touch about taking you out for a fish 'n' chip supper and hopefully you can tell us about the forthcoming album, eh?

At the time of release, in his 8/10 appraisal of Fantasy Black Channel, Mike Diver suggested that...

"The album ultimately plays like a collection of could-be greatest hits rather than a single, smooth-flowing record, but perhaps that’s the point: what Late Of The Pier have showcased through their singles to date is an alarmingly commendable lack of focus, by which I mean they never explore one direction to its fullest extent before diverting off on another course entirely. It’s this free spiritedness that courses through this album’s veins, and it makes it an invigorating listen. This is a band completely unafraid to do whatever they like, and it’s not beyond the realms of possibility that their label has simply left them to their own devices throughout the gestation of Fantasy Black Channel. If that’s the case, I want to meet their A&R guy right away and shake his hand."

Listen to Fantasy Black Channel on Spotify, Last.fm or buy it from Amazon. Also, if you'd like to know more about the album, the band provided this fascinating track-by-track director's commentary of the album for us last year.

And the runners up, with almost the exact same scores and number and votes were Rolo Tomassi Hysterics and Grammatics Grammatics.

Your Last Chance to Vote!