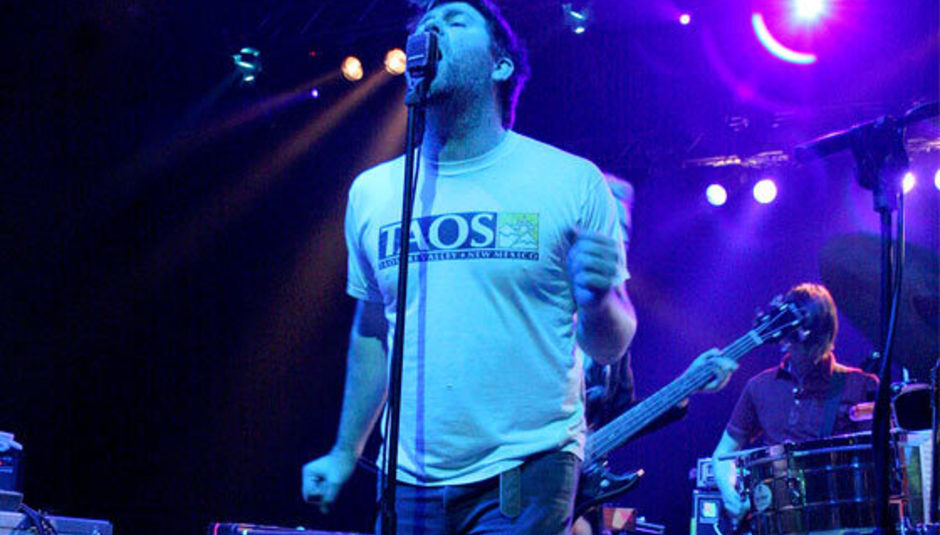 James Murphy has revealed some juicy snippets indeed regarding LCD Soundsystem's forthcoming third album, to be released in Spring 2010. Murphy was talking about the as-yet-untitled record to Mojo.

The record is quite possibly going to be one of the most hyped and massively anticipated releases of the past few years, and will definitely be one of the first 'massive' records of the new decade which we don't yet have a name for. That's if the past record was anything to go by.

Plenty of work left to be done on the album - currently all instrumental - but Murphy said he was unafraid to take a punt on this record.

The addition of a chef slash runner also seemed to help the band along with the creative process of the new album. She was, according to JM, pretty into the hipster lesbian disco scene. They also enjoyed her food. A full stomach is a full mind, as they say.

I'm opening a book on how long it will take after this record's release for people to be saying "if this was released 5 months ago, it would have been the album of the decade...". 3-1 on April 4 2010.

If have forgotten just how superb a record Sound of Silver is, you can do the necessary listenin' on Spotify. Then get a bit wet with anticipation.