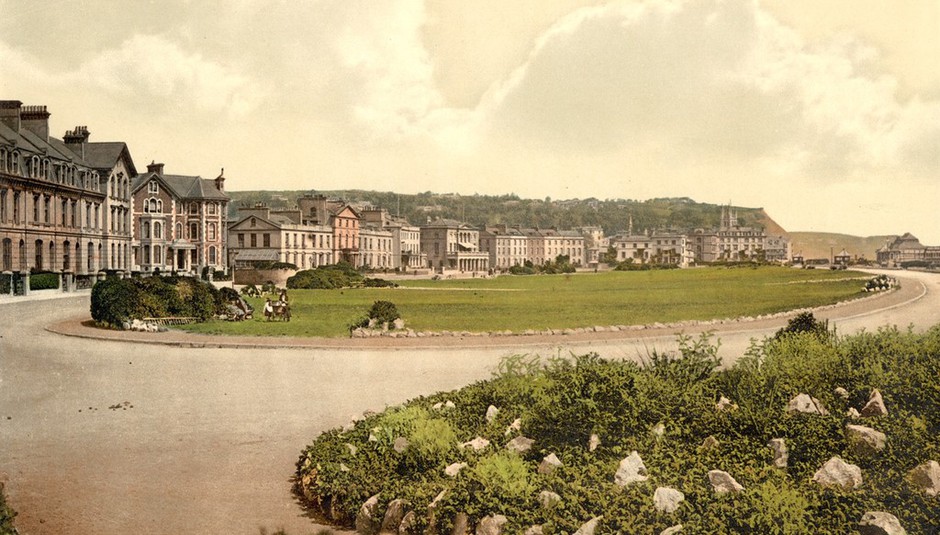 DiS caught up with Muse to discuss their special comeback show in their hometown of Teignmouth, which takes place this coming Friday and Saturday (see below for details of how to WIN tickets to this sold out gig!).

"It's honestly something we've always wanted to do since the day that I met Matt at The Den (pictured above). It's not a park, it's just like a big piece of grass. That's where I met Matt [Bellamy] for the first time. I remember even in those early days talking to Matt and saying things like 'wouldn't be great to play a proper gig on here with shitloads of people!'

It's certainly something we've thought about and talked about over the years. We looked into doing it before but not as hard as we did this time. I guess we were more motivated this time, partly because it's the 10 year anniversary from when the first album (Showbiz) came out. I don't think we've played in Teignmouth for nearly 12 years. There's not really any venues there but back then we just played at a shit pub which has since been knocked down and turned into an old people's home, unfortunately.

I moved to London about 12 years ago but I go back from time to time as I have family down there and Chris still lives there. When we were there the other night we went down the pub and saw a bunch of old faces we hadn't seen for about sixteen years.

There will be lots of people there we know or used to know, lots of friends and family. We probably won't get time to see everyone but we'll be looking for them in the crowd. It's going to be great. 10,000 people a night, which in Teignmouth is like the whole town coming down the seafront for one night. They're shutting all the roads and it's going to be a complete Muse lock-down, which for us is quite funny. All our family are laughing about it as Chris has been on the cover of the local paper and he's been getting involved in the council meeting that had to take place to approve the gig.

I think it's going to be really emotional, it's going to really mean a lot. I mean, it's a lovely little town and I think we'll spend a lot of time reflecting, taking stock, thinking about growing up and all the places we've been and here we are now, so it's going to be nostalgic.

We haven't played in Devon for a very long time, so we're really excited. We're really in to causing a scene down there and for us to play in our hometown it's really important that it has an impact. There are two Teignmouth bands down supporting us which Chris is quite friendly with called Hey Molly and The Quails. I don't really know much about them but Chris likes them. We're going to get two more local bands too, so it'll be four local acts opening for us in total."

While Dom paused for breath, we asked him some questions about the live show (here he revealed to DiS that Muse have floating cube-related craziness planned) and about the forthcoming album, the answers to which you can read on DiS nearer to the record's release.

So, if haven't got a ticket to the above show, we suspect you now want to go more than ever? Well, DiS has procured a pair of tickets to give away and all you need to do is tell us in the comments section below the name of Muse's forthcoming album and why you should win the tickets. Points will be awarded for originality and we'll pick our favourite before the close on business on Wednesday 2nd September 2009.