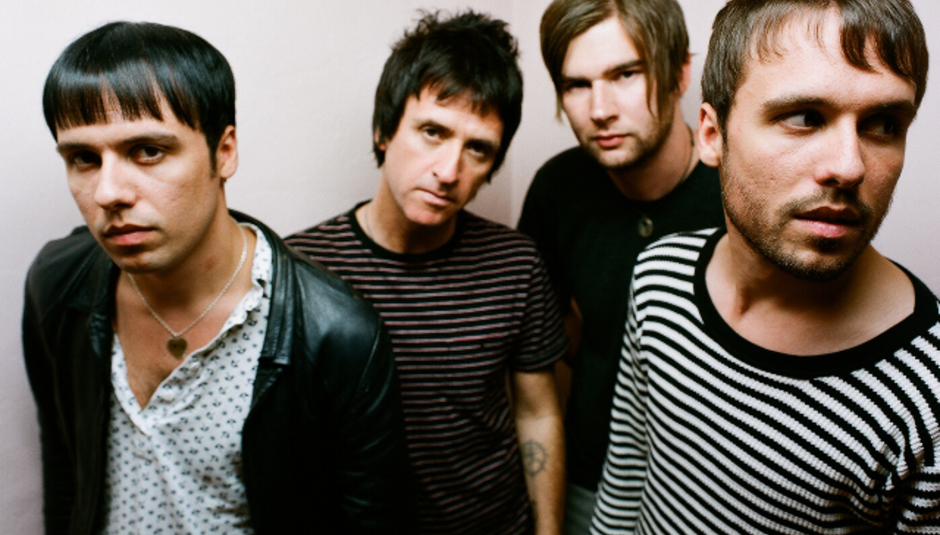 Is there anyone reading this who doesn't like Johnny Marr? Right, leave. OK, so here we are. Former Smiths and current Cribs guitarist has revealed the set of artwork for his current band's new album, Ignore The Ignorant.

As previously reported, the Wakey indie-rockers are releasing a limited edition, 'Roses' edition of Ignore The Ignorant to celebrate their respected Yorkie and Lancy-ness.

Mr Marr has done a bit of the ol' "show and tell" and said that the front cover for that looks like this: The actual front cover, for those not of a Rosy complexion will look like this: If, at this point you are not overloaded with Cribs artwork, below is the cover for single 'Cheat On Me': Ignore The Ignorant is released on September 7 through Wichita. You're clever enough to work out where you can buy it from.