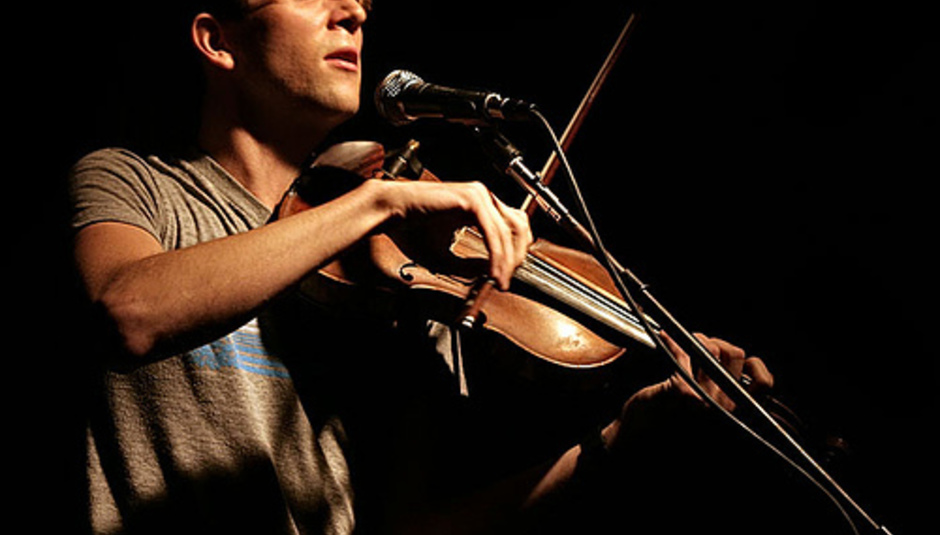 Violin-wielding musical maniac Owen Pallett, A.K.A Final Fantasy has plenty of heartwarming and pleasing updates for us.

First of all, he's signed to Domino where he'll join a roster which includes the likes of Wild Beasts, Arctic Monkeys, Eugene McGuinness, Will Oldham and, of course, The Last Shadow Puppets with whom he collaborated some while ago...if you can remember back to April 2008.

Secondly, through Domino, he's going to be releasing his third full-length LP, Heartland in early 2010. Glory be! It's his first full-on album since 2006's He Poos Clouds, though there has been a smattering of EPs in between.

Thirdly, there's a massive tour with The Mountain Goats in America, as well as a preceding Canadian tour with Timbre Timbre. Before all of that North American trekking and touring, there's the current European tour which you still have time to get yourself along to, just about.