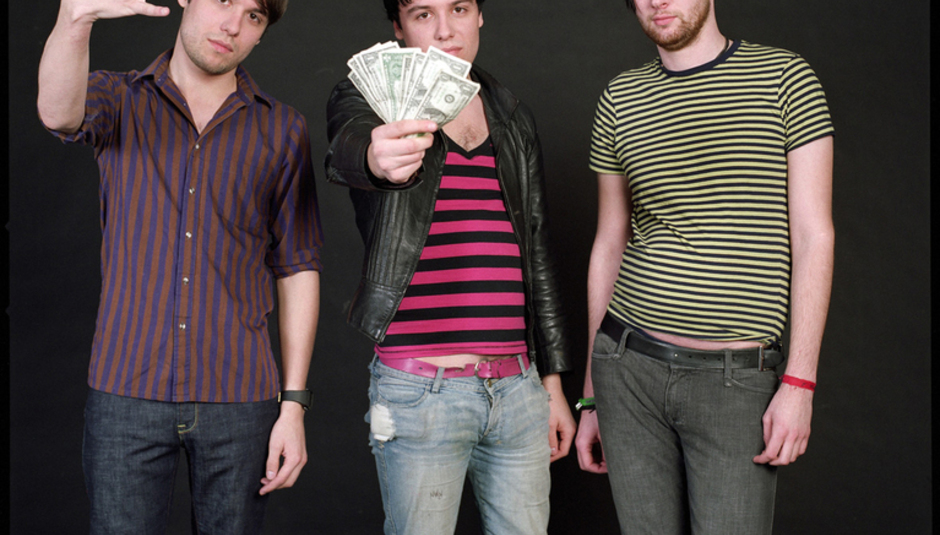 Yorkshire's finest export since the Geoffrey Boycott Guide To Running People Out was translated into Urdu have set four new UK tour dates for December.

The Cribs announced this on their official Twitter page 'used by the band' that:

So, details were slightly sketchy at first but we deciphered from that is that it'll be a four date tour and the 'dates' are Birmingham, London, Doncaster and Edinburgh. Perhaps in that order. Perhaps. Oh, and tickets are on sale on Friday...

It turns out that the dates and venues are these ones:

Their fourth studio album Ignore The Ignorant will be released on September 7.

In other Cribs news, one of the twins, Gary Jarman, has recently been in and out of hospital to have nodules removed from his vocal chords. It all sounds very painful indeed, if entirely necessary if he wants to continue singing.

As ever, we were watching their Twitter like a hawk (455 hits of F5 per 10 minute period) for updates.

First of all they twot:

Gary under goes surgery today to have nodules removed from his Vocal chords.He goes under at 11.30 PST time/19.30 UK time. Good Luck Gary.

GARY HOSPITAL UPDATE- Gary has just got out of surgery, and word from the doctor is everything went great.

So that is indeed good news on that front. Speedy recovery and all that, Gaz.