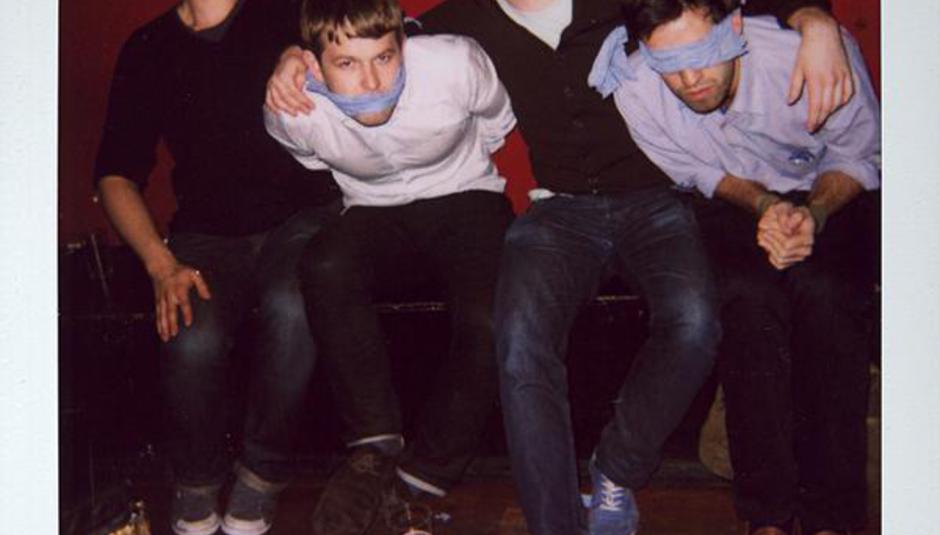 Although not normally ones to be the bearers of bad news, DiS is sad to announce the passing of two of its favourite bands of these past few years.

Aussie indie stalwarts The Lucksmiths have announced that their current tour will be their last. Currently playing three shows in the UK, they plan to disband after a farewell tour of Australia in August. Having initially formed in Melbourne in 1993, they've since put out a steady stream of albums and EPs, 2005's Warmer Corners featuring in DiS' end of year "Best Of" list.

For their final UK shows the band promise they will be crammed with old favourites together with a hand-picked roster of support acts including award-winning comedian Daniel Kitson.

Catch them one last time this week at:-

If that wasn't bad enough, capital based purveyors of Weezer-esque college rock Favours For Sailors (main picture) have also announced they're disbanding at the end of this month.

A statement released via their record label Tough Love reads...

Sad news: our ship has been boarded by pirates, who have executed the crow's nest and made the starboard walk the plank. The rumours are true – FAVOURS FOR SAILORS HAVE DECIDED TO CALL IT A DAY.

However, we have ONE MORE GIG, at Tough Love's fourth birthday party, 25 July, at the Old Blue Last in Shoreditch. More details soon.

We'd like to thank everyone who bought our music, or ever came to a gig, especially those who came to several, and particularly to those who seemed to come to every show. Sorry if we were ever shambolic (but you didn't notice, right?). Special thanks also to Tough Love for releasing and promoting our mini-album Furious Sons, to Sally for designing the album artwork and to Rory for doing such a good job recording it.

Here's an anodyne statement for a press release: 'We're unsure of how to keep the indie rock dynamic interesting and fresh in our current incarnation'.

We will be posting a load of unreleased songs as soon as we can decide which ones won't land us with a string of libel cases.

FFS wil be playing their last show at the Tough Love birthday party on 25th July at the Old Blue Last.