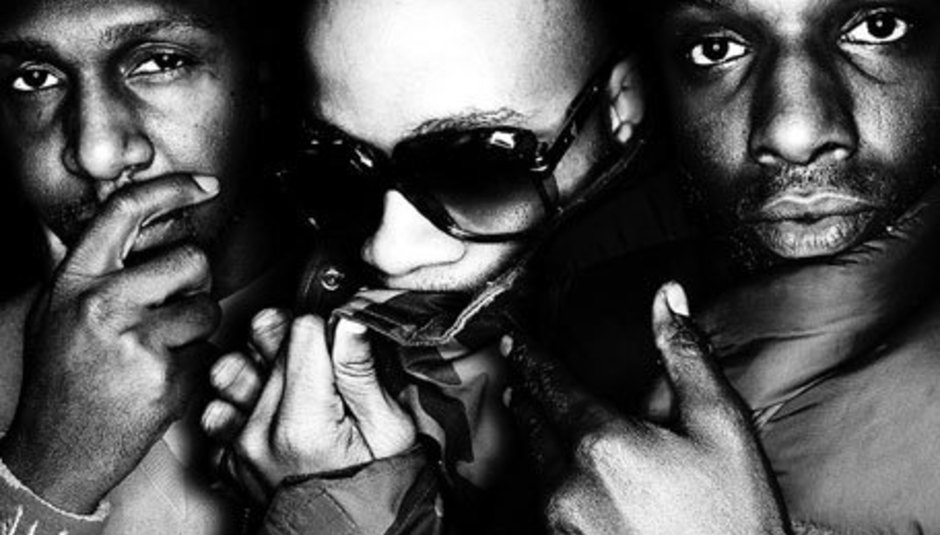 Yus! Those hippety-hoppers Anti-Pop Consortium have a new album out soon. Y'could almost call it a comeback album, what with it being their first record since they split up way back in 2002. Seven long years.

The new record's called Fluorescent Black, and is being released on September 29 through Ninja Tune imprint Big Dada, home of Roots Manuva.

The track available for free download is 'Apparently', which you can get from Amazon UK by clicking on this hyperlinked word. It is in mp3 format, 265 kbps bit rate. Superb VFM.

First thoughts: "Yeah, this is hella neat. Hope the other 16 tracks are as good as this."

They recently played ATP vs. The Fans in Minehead. If you were there, did you dig? New songs? Old songs? Good, bad, etc?

They're also due to play the Flaming Lips curated ATP New York which, as ever, looks fucking off da hook.

Watch below for a brief little segment on their reunion, motivations behind it and similar.