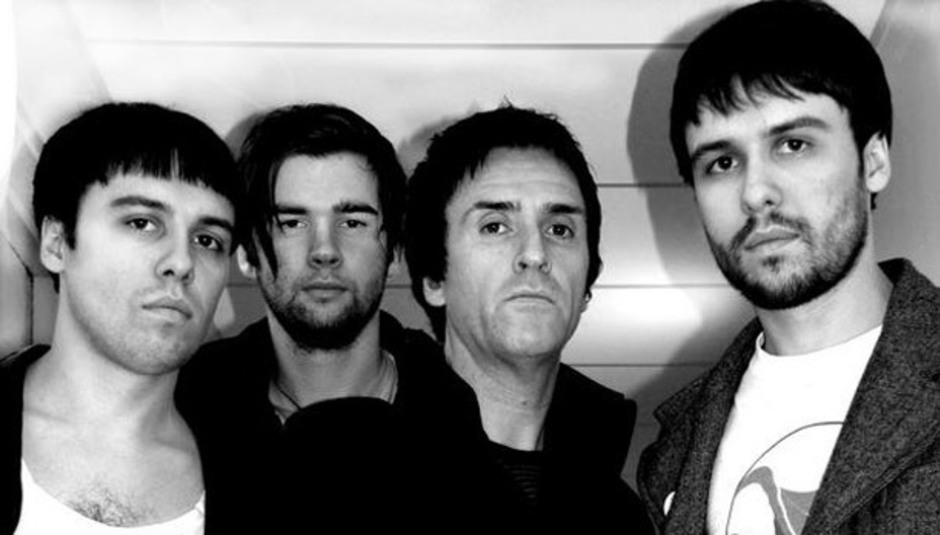 Wakey wakey, rise and shine. The announcement that all you indie lovers have been waiting for with baited, early morning dog-breath and that the Twittersphere has been ripe with mouth-watering updates for the past 24 hours is here.

Jarman, R explained to NME.com that the title was a reaction to the British National Party winning a seat in Yorkshire in the European Parliamentary elections. He joins Jon McClure in a 'Yorks Against Fascism' type wagon of bands.

Isn't ignoring it part of the problem, though? Aren't we meant to be fighting fascism/racism/this kind of thing?

Their fourth studio album is the follow-up to 2007's smash hit, top 20 long player Men's Needs, Women's Needs, Whatever, and will be released in September through Wichita.

UPDATE: Cribs bassist Gary Jarman has now said that the record is NOT a political one, on a MySpace blog post. Not that we were expecting like, Dylan or anything. Though the choice was made as a result of the BNP winning a seat, he said Ignore The Ignorant was just one of a few names knocking around.

In other Cribbins related news, Non-Jarman former Smiths axeman Johnny Marr won the "Classic Songwriter" award at the MOJO Awards. Well done him. He can tick that one off the list, next to "collaborate with Billy Bragg".

The other winners on Friday night reflect MOJO's varied and vibrant readership almost perfectly, but will not be listed in full for reasons of utter indifference. Let's just say the Isle of Wight coverage on ITV2 at the weekend has sapped us terminally. However, the born-too-late-into-a-world-that-doesn't-care modfather, Paul Weller, won best album for 22 Dreams.

Weller, who was narrowly beaten into second place in the 'Shittest World Hair of 2009' (over 40 category) contest by Phil Spector, broke both bad and good news recently. He may be working on a new album, but at least The Jam will never reform.

Read about the secret to Paul Weller's barnet here.