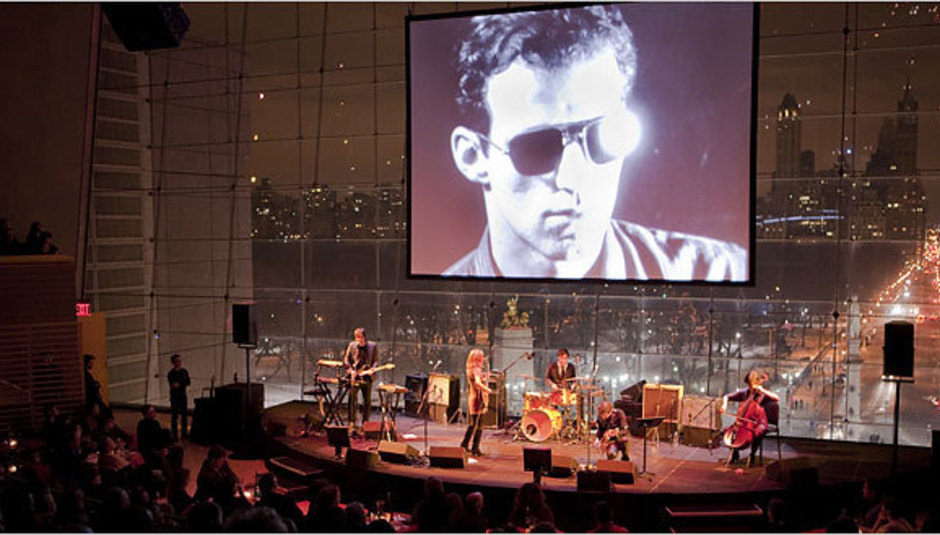 Sing a song for Warhol a pocket full of...paint? No. Far from claims of London bias, the UK premiere of 13 Most Beautiful...Songs For Andy Warhol's Screen Tests is happening in Scotland. Dunfermline's Carnegie Hall, to be precise, on July 8.

The music, as you can probably deduct from the exhibition's giveaway title, is being set to a series of Andy Warhol's short films and screentests, which will be projected onto a screen behind (see picture).

Performed and composed by Dean Wareham and Britta Phillips - "New York's most effortless mod couple" - 13 Songs... was premiered to the world in New York's Allen Centre.

In attendance was none other than Mr Lou Reed. Turns out he pretty much liked the event too. Quotes attributed to Reed say that he:

"Hadn't seen that particular screen test since it was made 42 years ago."

"Andy turned on the camera and then left the room, I was left staring at the camera."

Here's what the NYC prem looked like from afar: