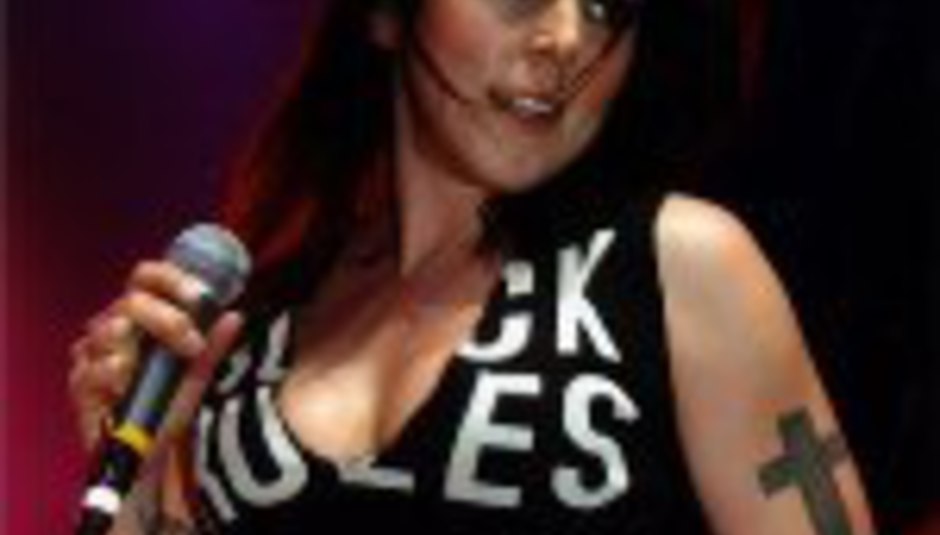 Go, charts, go! Check you out, with Marillion loitering around your arsehole and Elton John rocketing his way around the place. You, you are in some fine, special form. Yup.

First this week, singles: the highest new entry on the Top 40 is at 24. Here you’ll find former/future Spice Girl Mel C telling anyone who’ll listen – that’ll be Popworld, then – that she wants candy. It’ll rot your teeth out, Mel; you’re best off sticking to tofu and beans and other foods that make a lady fart.

Air Traffic make 33 with ‘Charlotte’, a song so awful it makes the aforementioned ‘I Want Candy’ sound like ‘The Great Gig In The Sky’ by comparison; below them, the next new entry is from Faithless, whose Cass Fox-voiced ‘Music Matters’ is straight in at 38. The Holloways, who DiS witnessed being rubbish in New York the other week, see their ‘Dancefloor’ effort make the classic OH DEAR position of 41. Close, so close, but rightfully just shy of the 40.

Of vague interest to DiS are the following movers: Sugababes and Girls Aloud slide from two to 14 with their massacring of ‘Walk This Way’ (oh, the musical crimes committed in the name of charity…); Kings Of Leon see ‘On Call’ climb from 50 to 18; Maximo Park’s ‘Our Velocity’ falls ten, from nine to 19; My Chemical Romance’s ‘I Don’t Love You’ (well, really) climbs from 66 to 43; and Marillion (!) score a ‘hit’ at 45 with ‘See It Like A Baby’. Good work, old prog-pop people.

Albums! Take That stay at one with Beautiful World, while Sir Elton bags the highest new entry a place lower with his Rocket Man best-of collection. The highest new entry – i.e. an album that’s not a compilation of earlier hits – can be found at 16. Well done Machine Head: your The Blackening is quite the metal success.

Enter Shikari see their debut LP Take To The Skies slip from four to 18 this week, and Arcade Fire’s Neon Bible is also on the slide, falling from 15 to 19. There’s better news for Fall Out Boy, though, whose Infinity On High LP climbs from 41 to 29. Well done, emos!

Corrine Bailey Rae props up the top 75 at 75 with her self-titled coffee table schlock-pop debut. We can’t think of a better place for her, nice though she probably is, really.

Out this week: new albums by Fields, Timbaland, Hey Colossus, Maximo Park and Wolf & Cub. Maybe you’ll buy something. Or maybe, like me, you won’t. ‘Til next week, your mother.