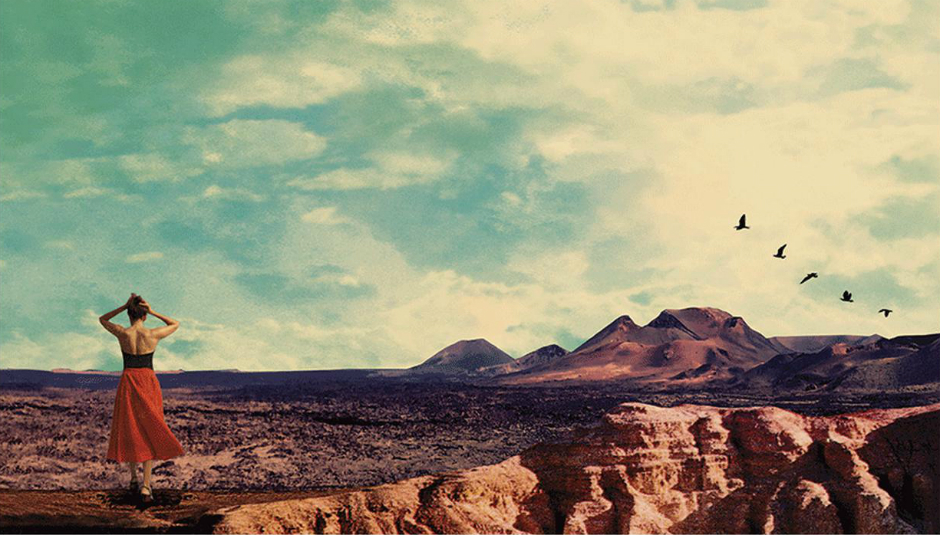 It's probably fair to say when the Mercury Prize shortlist was announced, very few people jumped with joy and excitement at the runners and riders. Least of all Noel Gallagher's nomination; his first in 22 years since Oasis' (What's The Story) Morning Glory? found itself on the list back in 1996 only to be beaten by Pulp's Different Class.

While not wishing to jump on the Mercury bashing bandwagon, it's difficult to argue with those criticising the way it's become a safe Radio 2-friendly alternative to the more Radio 1 focused BRIT Awards. So while this year's list hardly set pulses racing, it seemed to be more about rewarding longevity than recognising creativity or groundbreaking originality.

So it's with some trepidation I'm about to listen to Who Built The Moon?, Noel Gallagher's third album with his High Flying Birds, particularly as both its predecessors were pedestrian in the extreme to the point where the final Oasis effort Dig Out Your Soul resembled Slayer in comparison. Nevertheless, seeing David Holmes' name on the production credits raised both eyebrows and expectations for what lies ahead. So here goes for the next forty-three and a half minutes. Take it away Noel...

An unexpected start if ever there were one. Elements of Screamadelica and Exit Planet Dust collide with psychedelic overtones carved from Kevin Parker's scrapbook. A bell rings at precisely one minute and fifty seconds to signify the halfway mark. Simple but effectively executed, "You gotta get yourself together" and "Keep holding on" being the only eight words uttered here. It's a roaring fanfare of sorts to introduce an album that might just be the game changer its creator promised. Time will tell I guess, but so far so good.

Guitars kick in similar to those on Bryan Ferry's 1976 reworking of 'Let's Stick Together' as Gallagher's compressed vocal sings of someone who "Smiles like 1969" while Paul Weller taps away on his Hammond (true story). The chorus reminds me of 'She Bangs' by Ricky Martin, albeit set to an early Seventies glam soundtrack and while it might not win any awards in the originality stakes, it's already a vast improvement on anything off 2015's Chasing Yesterday. It won't reinvent the wheel, but doesn't have me reaching for the "off" switch either.

Once again, a very Seventies influenced track that has echoes of The Doobie Brothers in its repetitive, lolloping groove. "But can you keep a secret?" asks Gallagher over and over again as an inviting brass segment joins in. It doesn't outstay its welcome either at just under three and a half minutes. You say you want a revolution Noel? Well, this is certainly a start...

‘It's A Beautiful World’

Doves. That's who this reminds me of. Doves. It seems Mr Gallagher has broadened his musical horizons somewhat. Four songs in and there's no set formula, no fixed template. Is this the errant psychedelic record we'd been assured was coming? No, not really. It's hardly venturing into Black Angels or Brian Jonestown territory, but a third of the way into the album I'm genuinely excited by what's coming next and if someone had told me I'd be saying that about a Noel Gallagher's High Flying Birds record in 2018 I'd have laughed at them.

‘She Taught Me How To Fly’

Reverb-laden guitars, effects-heavy vocals, shuffling drums. What the hell has happened? This is good. No, really. If this came on the radio right now and no one told me who it was I'd never have guessed. Interestingly, I was speaking to someone who saw Noel and the High Flying Birds on tour the other week and she said the songs from the new album didn't go down at all well with the feather cut and parka Britpop "lads" who only wanted to hear Oasis covers. Now I can see why. Good this. So much so I might actually play it in my DJ set on Friday night.

‘Be Careful What You Wish For’

Indeed. This is more like the Noel Gallagher of old, albeit with better production. Sounding like a mash-up of Elbow's 'Grounds For Divorce' and The Beatles' (well they had to make an appearance at some point, right?) 'Come Together', it's the weakest track on the album so far. Or should that be the most predictable? On a positive note, it doesn't sound like anything else I've heard so far either, but we're already three minutes in and I'm looking at my watch waiting for it to end (sadly there's another two minutes and forty seconds to go). Disappointing then after such a promising opening but not too disheartening all the same.

Staying in the middle of the road, this one doesn't pull any trees up either. Pleasant but forgettable. The phone rings two and a half minutes in and I press pause before answering. Returning ten minutes later, I decide to carry on from where I left off as I have no desire to hear the opening two-thirds of this song again. Come on Noel, you've laid the foundations for a really great album here. Don't crumble at the final hurdle.

Does what it says on the tin in providing a short, acoustic guitar-led interlude that bridges the gap between the previous track and the next one. Nothing wrong with that, although it probably wouldn't make much difference to the record if it wasn't there either.

‘If Love Is The Law’

Thankfully not a cover of that Seahorses song – the "If" prefix kind of gave that away. Wikipedia kindly informs me that Johnny Marr plays guitar and harmonica here as Noel brings out the second "big gun" on the album. Once again influenced by Some Cities era Doves, this is arguably the poppiest and most easily accessible song on the album. Unsurprisingly released as a single last month to coincide with the Mercury nomination, it's listenable without becoming unbearable. Nice, if not exceptional.

‘The Man Who Built The Moon’

Before we get into the nitty-gritty of the song, let's talk about the intro. An orchestra plays what sounds like the prototype to a new Bond theme. I'm thinking Suede and 'Come Together' or 'The Wild Ones'. So far, so good. But then the song starts. "She was there / Diamonds in her hair / Singing out a dead man's song". If it reads badly, it sounds worse. Its verse and melody is a rewrite of 'Wonderwall', except without the killer chorus that song (love it or hate it, you have to admit it's one of the finest in its field) possessed. Which is a crying shame because this had undoubted potential.

The second part of the earlier interlude feels like a bizarre way to close the album. It feels like Gallagher maybe ran out of ideas towards the end of making the record? A strange anti-climax when something more dramatic would have saved the day.

Who Built The Moon? is a real game of two halves. Vibrant and full of energy from the outset, but then peters out at the midpoint before tiring badly towards the end. It isn't a bad record by any stretch of the imagination, and a worthy 7/10 in anyone's book. But in a world that's given us genuinely exciting new talent like Idles (sadly ineligible for the Mercury Prize this year), The Orielles, Dream Wife, and Boy Azooga, this doesn't feel like it merits a place on such a prestigious shortlist either.

While many will see it as a major step forward (and rightly so) in the Noel Gallagher songwriting canon, it's no gamechanger and will almost certainly be forgotten about by all except diehard fans this time next year. If there's any justice either Nadine Shah or Wolf Alice will scoop the prize on Thursday, not this.