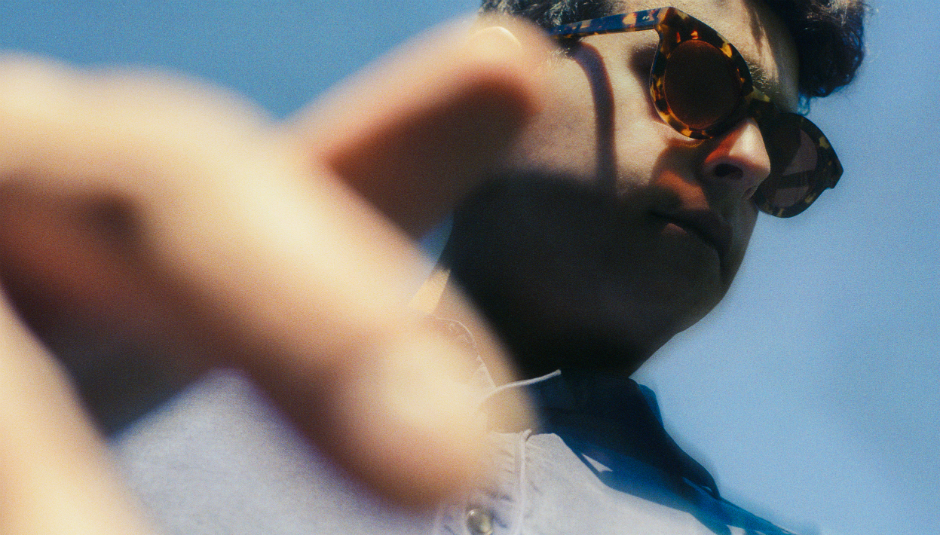 As I was getting prepared to work on the follow up to Petrol, I received an invitation to spend a month at an artist residency program called Villa Lena in Tuscany, Italy. It’s about an hour and a half from both Pisa and Florence and nestled up in the hills of the Italian countryside. The closest town is called Palaia, which was about a 20-minute drive. I had recorded some early sketches on piano at my friend Adam Gunther’s studio in Los Angeles in February 2017, and I spent the month of April 2017 working on the album in Italy. I set up a basic studio and the residency had an upright piano in a building adjacent that I recorded the bulk of the piano on. One of the major things that sets this album apart from my other work is the speed with which it was made. I tried to not to be too overwrought with any of it and really focused on just letting the music flow.

'Open' sets the stage for things to come. The track teases and reveals the palette of the record without saying too much. Soprano saxophone, delicately played piano, synthesized bass that sneaks in, and field recordings of the Tuscan surroundings.

'Two for C' is a followup to 'One for C' which is also a track that I made for my fiancé back on the Camembert EP in 2015. There’s a certain beauty in this track that really reminds me of our relationship, but at the same time, there's a messiness and a sense of really trying to hold on that I feel like the saxophone playing represents, indicative of any serious relationship. The organ arpeggio was played on my OP-1. I tried to let it all out through the horn on this track. I’m really proud of this one. It feels like a nice summation of a lot of the sonic concepts that I’ve always tried to imbue throughout my work.

Keith Jarrett’s solo soprano sax playing on Invocations (ECM, 1985) was a major inspiration to me when I was beginning to think about making this record. Invocations is bookended by these two spacious solo soprano saxophone recordings that both really effect me every time I listen to them. When I first went to check out the studio that Villa Lena was giving me, I noticed this long hall just outside the door. One of the first things I did was record the opening soprano solo of Mansana by placing my Zoom recorder at the far end of the hall and letting the horn rip into the natural reverb of the space. You can really feel the breath and the room in this recording. The sound reminds me of Jarrett’s Invocations without trying to mimic it. The intro is unedited, first take, while the second half of the track dissects the tones and air of the hall to build new harmonies with percussive piano on top. The bass is the saxophone pitched down. This was one of the first tracks that I completed in Tuscany and I knew immediately that the record was going to turn into something special once this one was finished.

It’s still hard for me to believe, but the piano and the saxophone on this track were recorded on their own without even thinking of layering. I dropped them both into Ableton and layered the saxophone on top and it worked perfectly as an interlude and palette cleanser.

The riff that repeats in the beginning of Verso was recorded with a Zoom recorder placed on top of a Yamaha upright piano. I found the loop to be hypnotizing and intoxicating. I kept playing it on loop and then started nudging the rhythms here and there… a beat forward, a beat backwards, two beats forward, three beats backwards, etc. All of a sudden I had this crazy track in my hands that sounded like I was tripping on a dose of mushrooms with Sun Ra and Steve Reich. I added a simple synth string and played an emotional take of synth pads on top of it and it immediately felt right. As complex as this track sounds, it was one of the quickest pieces that I’ve ever made.

'Campana' is the only track that has guests on it. Djib Mo and Raphael Cornet are two musicians from Paris who were also at the residency and we ended up becoming good friends during the duration of our time in Tuscany. One night we were hanging out drinking wine in their studio. Raphael, who is a music and sound therapist, grabbed a set of bells and started playing. Djib held down some quiet drones on his Mono/Poly and I picked up my soprano and started playing. We recorded the whole thing on Raphael’s Zoom. This is a brief section of a longer jam that ended up fitting perfectly within Tongue.

This track is incredibly simple but the playing contains layers of feeling and emotion that push beyond the chords and notes. The rain was recorded from my studio as it was pouring one evening and I played the hushed soprano saxophone late at night while everyone was sleeping. The intro is a loop of me banging on the strings of the piano.

'Tongue' was one of the first tracks completed on the project. It’s a combination of piano playing from the first LA recording session as well as recordings of the piano strings captured in Italy. This track has a similar epic quality to the title track of my last LP, Petrol, but this one feels much more stripped down and intimate. Free jazz, minimalism, electronic, and ambient all living side by side in harmony.

Another track that began in LA but came to fruition in Italy. Simple PolySix pads open this one up as a bridge to my older work before two soprano lines enter on top of deep sub bass. The soprano’s share brief solos together before the bass disappears and the piano enters one last time, mimicking the soprano melody to close the album out. The field recorder gets turned off.

Tongue by Anenon is out now via Friend Of Friends Music. For more information about the work of Brian Allen Simon, please visit his official website.